Tarun Reddy, 16, took a 23 point lead in the MRF FF1600 Championship with 3 consecutive wins at Round 4 of India’s biggest domestic racing championship, the 2014 MMSC-FMSCI National Racing Championship (NRC). Reddy won ahead of Advait Deodhar and Lee Keshav in Race 2 while beat Advait and Vikash Anand in Race 3. VJ Senthil took over the championship lead in the Indian Junior Touring Car category while Arjun Narendran won his 2nd race of the weekend in the Indian Touring Car category. 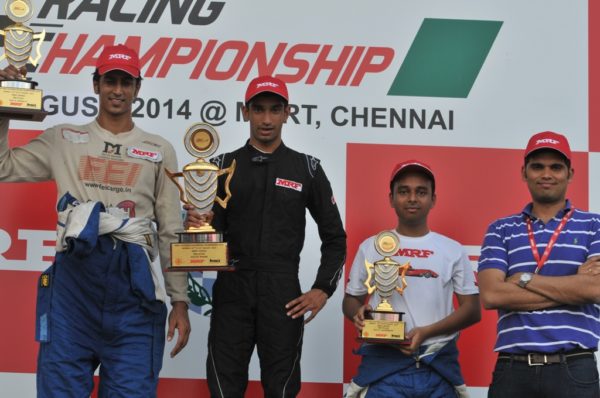 Ajay Kini sealed the Formula LGB 1300 title with his 3rd win of the weekend. Kini had a great battle with Deepak Paul Chinappa and finished ahead by 0.355secs. Goutam Parekh beat S Narendran to take the final step on the podium. Narendran was stripped off his win in yesterday’s race for dangerous driving, giving Kini the win. The IJTC championship is heating up with VJ Senthil not only winning both races of the day, but also taking the championship lead over Feroze Khan. Senthil beat Siddharth B and Feroze in Race 3 today after taking a start to finish win. 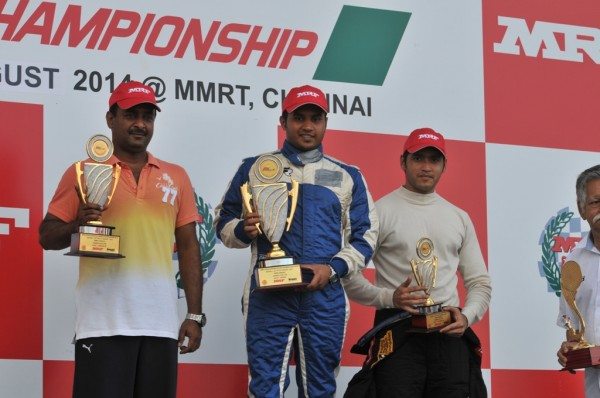 In Race 4 Senthil again won comfortably with the battle behind him providing the most entertainment. Feroze took the second spot after piping Siddharth and S Sreeram. Arjun Narendran took yet another step towards the ITC title with another flawless drive. He finished ahead of Ashish Ramaswamy and Vidyuth Iyer. With 2 more races to go Arjun looks the favourite to take the title. Balavijay had a comfortable win in the 2014 Superstock race ahead of Chandresh Tolia and MN Sridhar. Balavijay led from start to finish and was unmatched over the weekend.

Stay tuned to Motoroids for all the action from the world of auto.