Suzuki’s new GSR1000 will be unveiled at the International Motorcycle Show to be held in Cologne later this year. A rendering of the bike has been featured on the front page of the German magazine Motorrad. 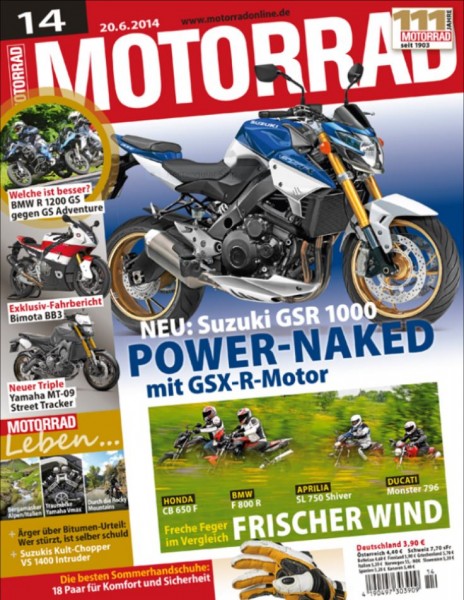 Suzuki’s new GSR1000 is essentially a naked avatar of the comapny’s GSX-R1000. Infact, the German magazine’s rendering shows styling cues similar to the GSR750, another naked from the stables of Suzuki. It has been claimed that Suzuki’s new GSR1000 will be powered by the same engine that lies nestled within the frame of the GSX-R1000. The 999 cc, inline-four engine whips up a brisk power of 182.5 hp on the GSX-R1000. However, on Suzuki’s new GSR1000, it will be in a slightly detuned state. The magazines has estimated the motor’s output to hover around the 150 hp region.

Naked motorcycles have been doing brisk business, as our living patterns entail spending more time in the crowded cityscape. In such an environment, lesser weight due to minimal fairing allows better nimbleness in the stop-go traffic. The absence of a fairing also ensures tighter proportions of the bike, and thus allows it to sneak past gaps in between cars. Lane-splitting becomes interesting, too. However, the notable change in a naked motorcycle lies in the less-punishing riding position. With raised handlebars and comfortably-placed footpegs, the need for a lower Center-of-Gravity is left exactly where it’s needed : The Racetrack. 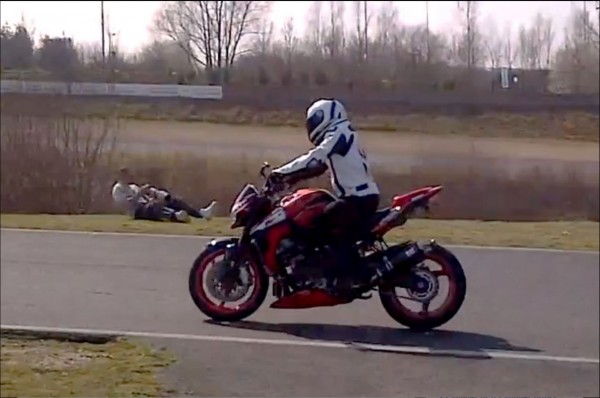 Suzuki’s rivals have been scouting the naked bike territory, and Suzuki’s new GSR1000 has lost all hopes of gaining an early-bird advantage. BMW will field its naked S1000, and KTM has a bone-chilling ride in the form of the 1290 Super Duke. A naked version of the GSX-R1000 will certainly be the best idea to keep these rivals at bay. Probable spyshots of such a bike have been bobbing up and down on the web since last year.