Home News Suzuki to launch a scooter at the Expo 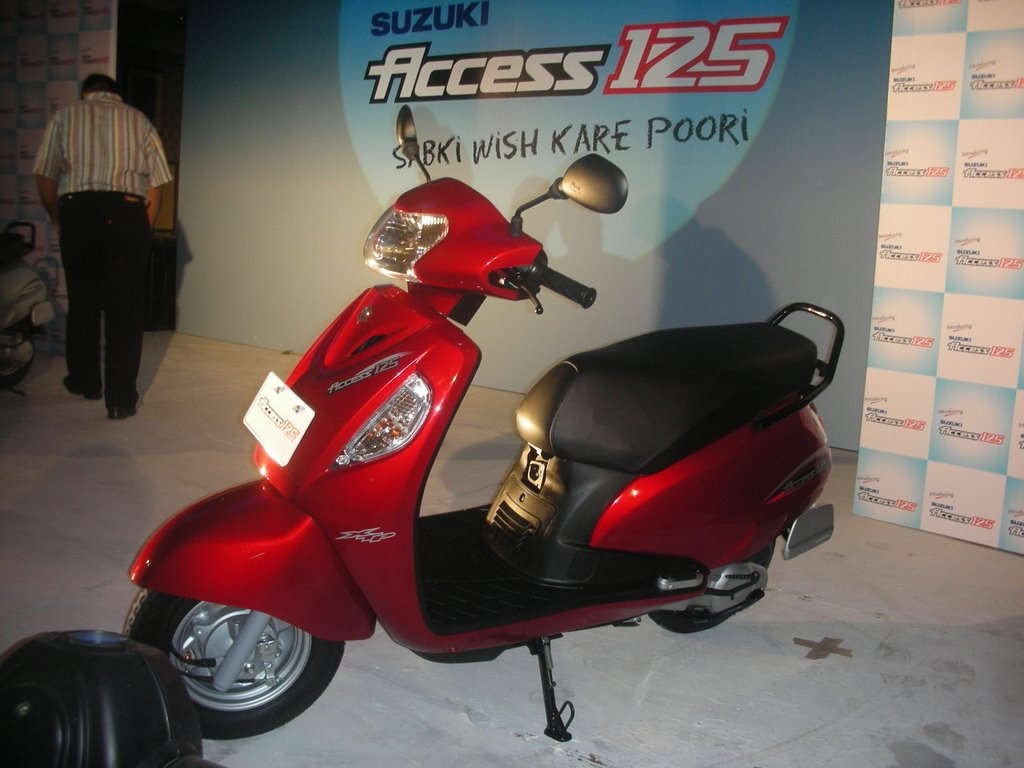 We have always maintained that the Suzuki Access 125, Suzuki’s only Indian offering in scooter segment, is a well sorted out and capable machine. The scooter is powerful enough to ‘smoke’ most Indian economy class commuter motorcycles at the traffic light drags. Now, comes the criticism- Access 125 looks very boring and bland. It certainly is not the scooter I would like to go to my college on. This is the very reason that it is largely the middle aged crowd in India that buys this 125cc scooter. Due to the high demand, Access 125 has a long waiting period of over 3 months at most of the places. The popularity of the scooter has encouraged Suzuki to consider introducing one more automatic scooter in the market. We could not manage to find the specifications and pricing of the upcoming scooter but we are pretty sure that Suzuki would be unveiling this new scooter at the upcoming Delhi Auto Expo 2012. This was told to the media by Mr.Atul Gupta, VP (marketig and sales), Suzuki Motorcycles India.He said,’‘We cannot cope with the demand with our single scooter offering, Access 125. So we plan to come out with a second model, which will be launched during the upcoming Auto Expo.”

We wonder about the manufacturer’s plans to cope up with the demand for its products.

Information via The Economic Times