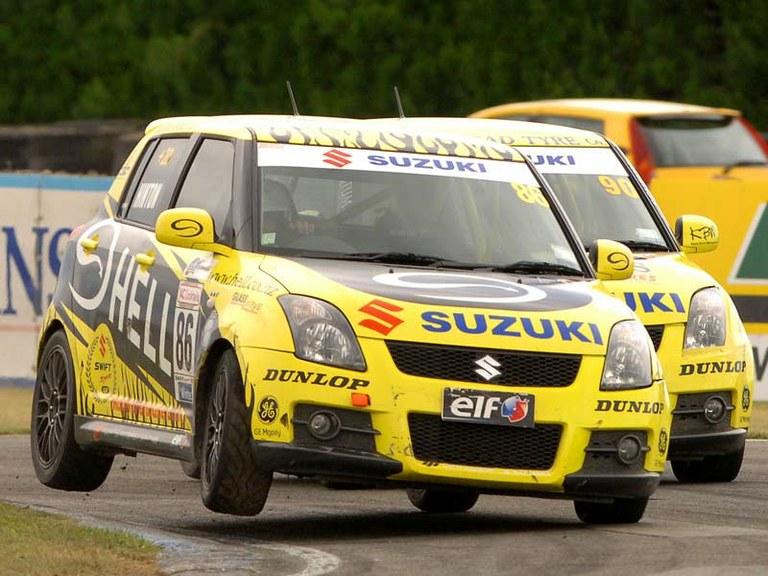 Dubai has taken the initiative to attract racers from communities with very little or no motorsport history. The Suzuki Swift Cup in Dubai is a low cost racing series which is designed to attract racers from India, Pakistan, Philippines and various other Arab Nations as well. Sean Stevens is the mastermind behind the Suzuki Swift Cup. The lower age limit for the racers will be 15 years.

Mr. Stevens said, “Race days here are dominated by Western expats but I want to see the Indian community involved, GCC Arabs, Pakistanis and Philippinos. The way to really grow motorsport in this region is to engage all sectors of the community. I know a lot of these guys want to do motorsport but they don’t know how because there’s no tradition here.”

The series will use a slightly modified version of the Suzuki Swifts available in the showrooms. The cars will be modified to suit racing conditions. The cars will feature stripped interiors along with roll cage assemblies and racing seats. They will also feature seatbelts and steering wheels which are different from that of the stock versions. The engine will be fitted with a new racing air filter and a straight through exhaust. The cars will run on slick tyres. Apart from these, nothing much has been changed in order to keep the costs low.

The cars will be initially built in Hungary by Zengo Motorsport, a successful European version of the series which has its divisions set up in Dubai as well. To focus on driving skills, all cars will be identical.