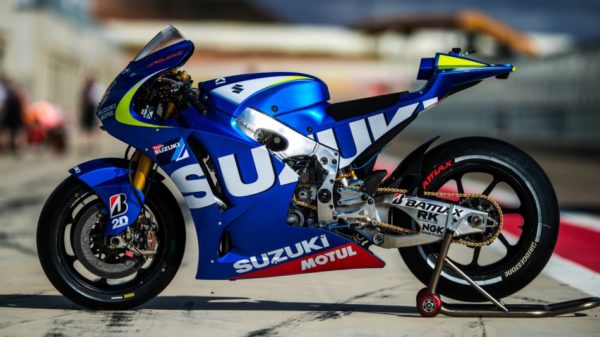 Suzuki first entered a works team in the 500cc Grand Prix World Championship in 1974 with riders Barry Sheene and Jack Findlay riding the Suzuki RG500. Until the end of the 2011 MotoGP season, the team was competing under the name Rizla Suzuki MotoGP and withdrew from the competition, only to make an announcement in June 2013 that they will end their hiatus and return to MotoGP with a factory team in 2015. With the development of the MotoGP machine and team structure prepared, Suzuki has decided to participate in MotoGP for the 2015 season and announced its newly-developed MotoGP machine, the GSX-RR. 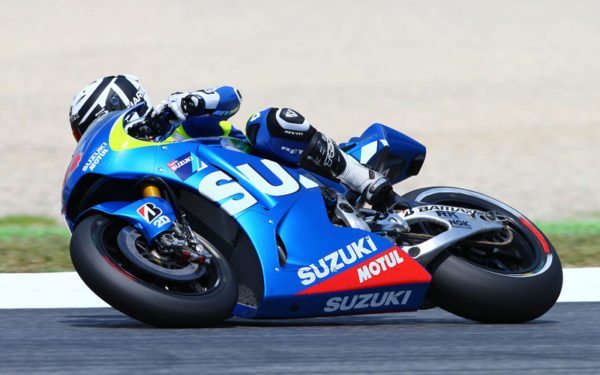 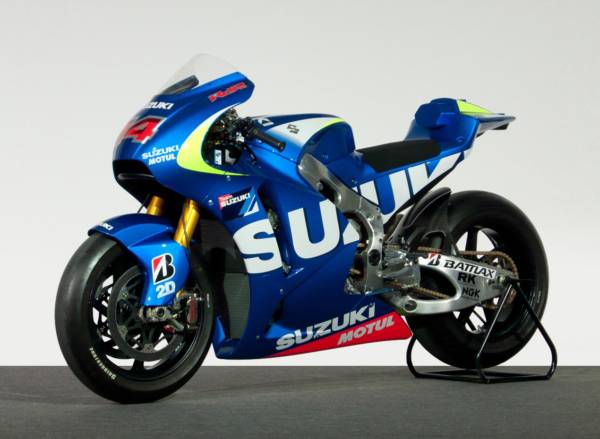 The team will be led by current test team manager Davide Brivio with Spanish riders Aleix Espargaro and Maverick Vinales spearheading Suzuki’s return on track. Suzuki will also make a wildcard appearance at this season’s final race at Valencia. Through MotoGP racing, Suzuki will develop more attractive products by giving technical feedback to the products, as well as improve the brand image. The development of the GSX-RR was started in 2012 with the aim to achieve high performance in the MotoGP class, as well as to give technology feedback to production models such as the GSX-R range.