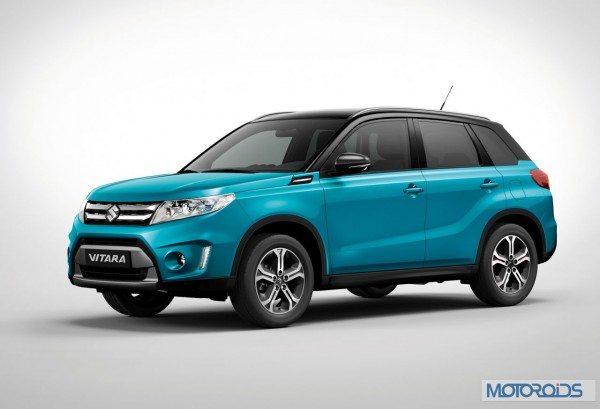 Just when you thought that the Grand Vitara wasn’t big and brute enough, Suzuki unveiled the Vitara crossover SUV at this year’s Paris Motor Show. We saw this very car back in 2013 at the Geneva Motor Show as the iV-4 concept. As the name shall suggest, this compact SUV will be slotting right below it’s elder sibling, the Grand Vitara. In the international markets, this car will go head-to-head with others such as the Renault Captur, Nissan Juke, Opel Mokka and the likes and is expected to hit the European market in the middle of 2015.

Unlike the concept car on which it is based, Suzuki has mellowed down the production version’s design and it simply isn’t as radically styled as the iV-4. But then again, we haven’t seen many production cars which look like their original concept forms, except of course, the Range Rover Evoque. That said, the Vitara crossover isn’t a bad looking SUV and it has an unmistakable Japanese-air to it. 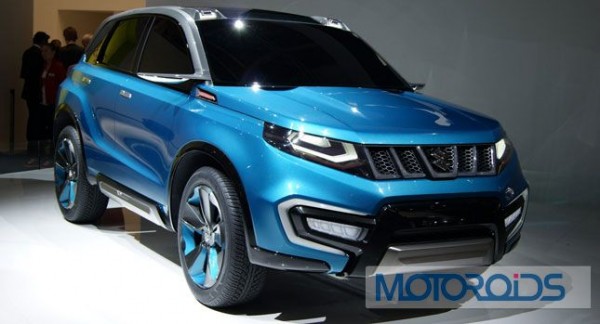 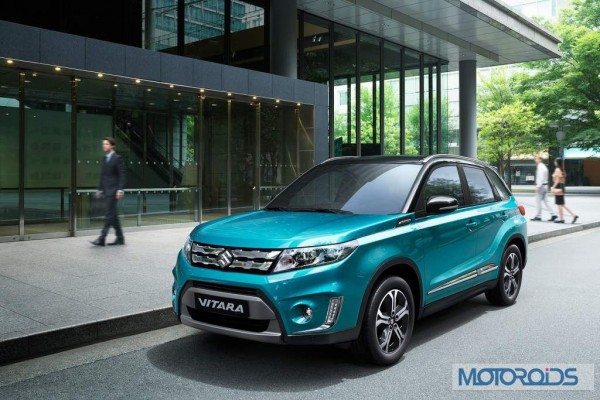 From the front, this can be nothing but a Suzuki, with the dual-slat chrome grille that houses the very prominent Suzuki logo. Though from certain angles, it appears as though the car is frowning due to the inverted-U design of the lower half of the front bumper. This bumper also houses daytime-running lights and the fog lamps. The Vitara crossover also gets projector headlamps. There is a very evident shoulder line that runs from just behind the headlights, all the way to the rear of the car and another crease that starts off at the front door just above the chrome plating, and joins up just above the rear wheel-arch. In typical crossover SUV fashion, the roofline slopes towards the back. There will also be a dual-tone colour scheme available (see above picture). 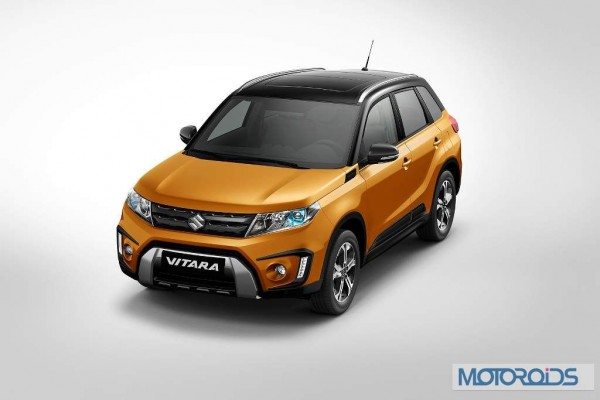 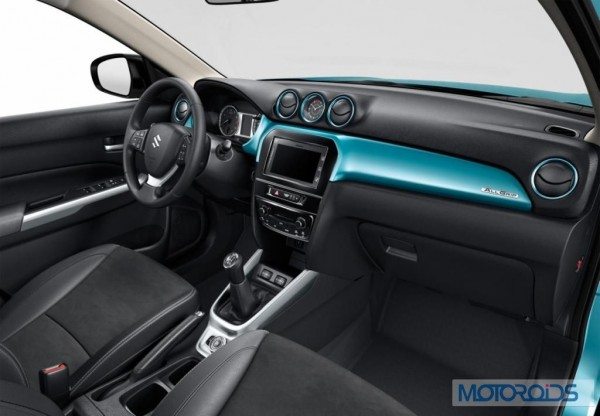 The crossover comes with two engines on offer; one is a 1.6-litre petrol unit that develops 118 bhp and 156 Nm of torque, and then there is a diesel motor which makes a similar horsepower figure, but more torque at 320 Nm. But whereas the petrol will be offered with either a 5-speed manual or 6-speed autobox, the oil-burner will be available with only a 6-speed manual. The standard car will be front-wheel drive, while you can opt for the Suzuki ALLGRIP all-wheel drive. The Vitara crossover is expected to hit the Indian scene in the later part of 2015.