Ronin, (n.) a samurai with no lord or master during the feudal period (1185–1868) of Japan. A samurai became masterless from the death or fall of his master, or after the loss of his master’s favor or privilege. 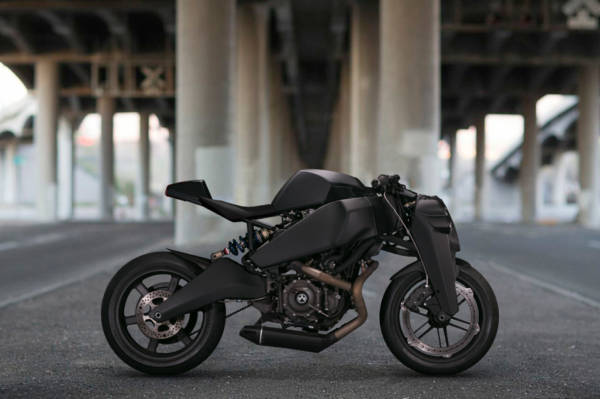 There has been many works of art carrying this Japanese badge of (dis?) honor, but none of them have quite tickled our fancy like this, the Ronin 47 concept bike from Colorado, US-based builders Magpul. Based on the discontinued Buell 1125R, only 47 units of the Ronin concept will be built, each a homage to one of the 47 samurais in the Japanese lore. 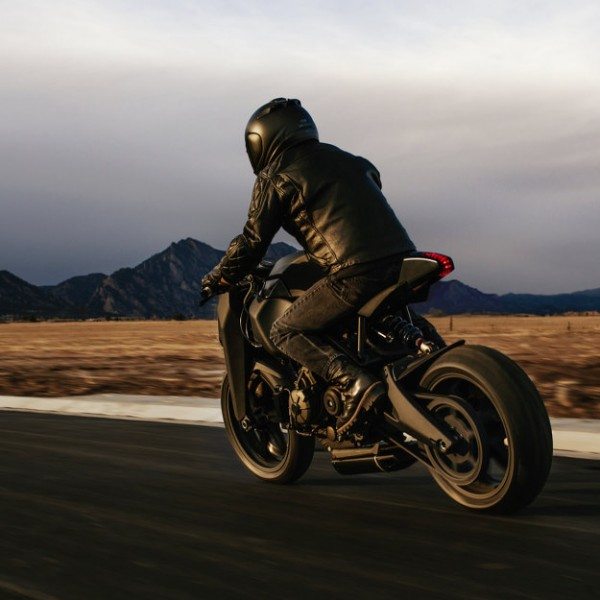 As you can see from the pictures, the Ronin 47 is what might turn out if Batman were to ride a Buell motorcycle ever. The engine, oversized front rotors, and frame that doubles as the fuel tank are trademark Buell characteristics that has been retained. But the rest of the bike has been completely re-stylized by Magpul, and they’ve done a superb job at that. 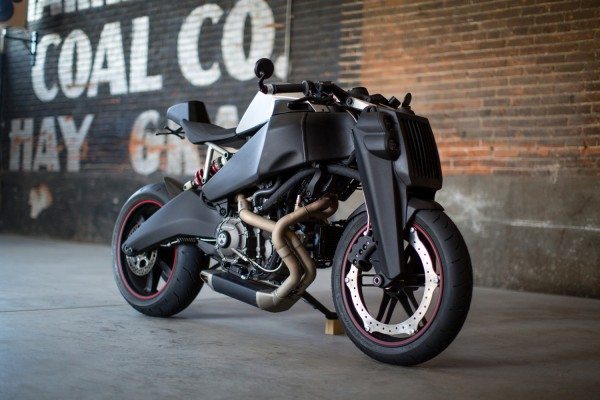 Note the off-centered stacked headlamps, something that isn’t standard street-fighter fare, and the relocation of the radiator to make it sit high and centered directly in front of the triple tree.

In case you were wondering where you’ve heard that name before, Magpul Industries is a respected maker of firearms in the United States. So, yeah, they do know a lot about heat and explosives, knowledge that came in handy fettling the notoriously overheating Rotax engine in the Buell. There’s now a high-flow, single-core radiator right up front, connected to an overflow tank hidden inside the left fork leg. 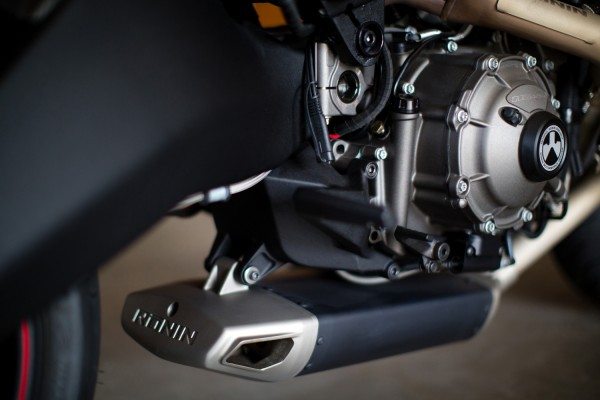 The Showa forks have been replaced by a cast aluminum alloy linkage fork that gives the bike its distinctive, hunched-forward look. Trail is up by 13 mm over the stock geometry, to sharpen the steering. And at the heart of the linkage fork is a Penske monoshock, which allows fine adjustment for rider weight and road conditions.

Peak power is slightly up on the 150PS of the original, but with around 25 kilos less weight to haul around, the bike should be significantly quicker. 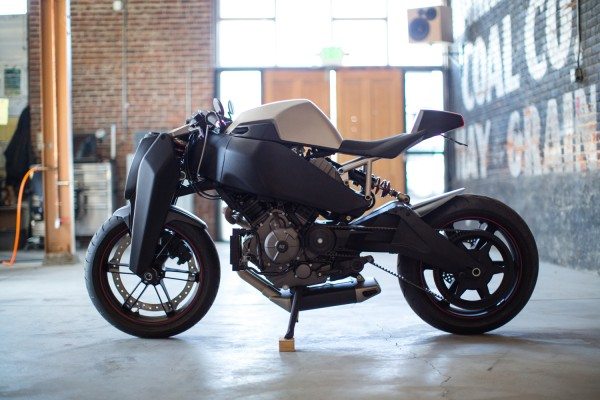