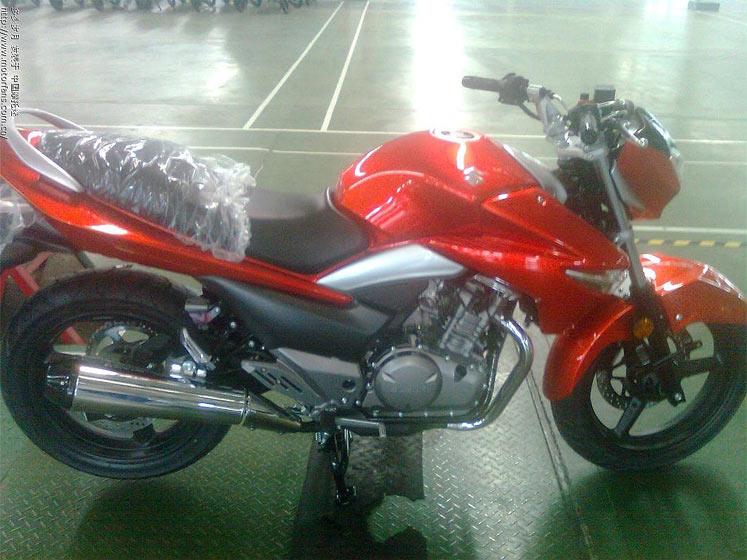 The war of the 250s, as we predicted when we started with Motoroids almost two years back, has begun. The CBR250R, the Ninja 250, the upcoming KTM 200 (claimed to almost match the CBR250R in terms of power), the rumored Yamaha YZF R25, and now the latest news filtering in, that of the Suzuki GW250 – the warriors are ready with their swords, their armor shining. We are just about to witness a gory bloodbath in this arena.

Suzuki have started the mass production of their GW250 in China. And we have our long antennas swinging in the air. Suzuki India have already made clear their plans to introduce the GW250 to India, and a launch may just be a matter of months now. Suzuki is planning to make China the production base for this 250cc liquid cooled twin cylinder machine. But the production for the Indian market may happen here itself. Just the way Honda have a production facility in Thailand for its CBR250R, yet they decided on producing the bike here for reduced costs. Suzuki two-wheelers India isn’t doing too well with their bikes, with the Slingshot not quite moving off the shelves. The saving grace for them is the Access125 scooter which is quite a scorcher for its size, and has thus become a hit. It won’t thus hurt Suzuki to get the GW250 here, create some buzz amongst the bikers and have a better footfall at its forlorn dealerships. In all probability, we’ll see the GW250 embellishing the Suzuki stand at the 2012 Auto Expo.

The GW250 isn’t a full-faired machine like the CBR250R. It’s a naked streetfighter with chunky, muscular lines reminiscent of the HH Hulk in some ways. On the performance front, the GW250 comes equipped with a 250cc 4-stroke liquid-cooled engine, good for 26 [email protected],500 rpm and 24Nm of maximum torque at 7,000 rpm. The GW250 is at par with the Honda CBR250R in terms of power, but has marginally less torque. The GW250 is also heavier than the Honda at 180kg. But with its unique shape, the GW250 is going to be more about making a statement than burning rubber or corner carving.

Expect that the GW250 to retail with a price tag ranging between 1.5 to 1.7 lakh rupees. The GW would be a worthy competitor to the Honda 250 at that price point. Does it make for a better choice for you? Do let us know.