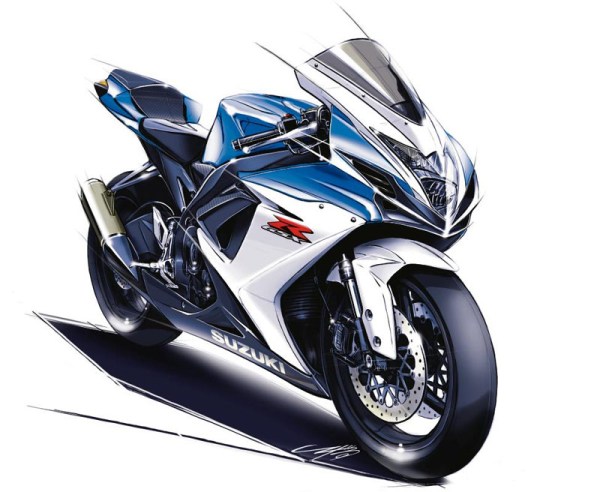 Suzuki is going to unveil its GSX-R 600, 750 and GSR-750 bikes in the next 2-3 weeks. The leaked images / sketches of the three bikes have emerged on the internet, and are known to be extremely close to the final production versions of the respective bikes.
The new GSX-R 600 and 750 will have minor engine tweaks, a couple of styling changes and a new frame. The 600 and 750 will be identical as regards looks, and will make their first appearance in the Cologne show in October, and keep appearing in a couple of subsequent motor shows. The new bikes sport a new air intakes design. The four intakes are now positioned in pair right alongside the headlights. The GSX-R trademark stacked headlamp design makes a comeback with the current models.