On display at the Phoenix mall, Pune is a three wheeler that is nothing like the thousands of black Bajaj RE auto rickshaws that are notorious for blocking your way or threatening to put a nasty scratch on your gleaming car.

The Superdry Morgan 3 Wheeler Roadster looks nothing like the image that flashes on your mind the moment you think ‘three wheeler’. It also won’t be blocking your way for it would be too fast for you to be somewhere near.

The Superdry’s Morgan three wheeler that is currently being showcased at various parts of India is one of the only 200 units that have ever been built.

The original Morgan 3 wheeler dates back to 1910 and the new Morgan is the modern day re-incarnation of the classic.

For those who aren’t aware, the Superdiconic UK-based apparel brand Superdry has tied up with popular UK based bike maker Morgan to fuse design inspiration from Japanese graphics and American history with the British hand crafted automobiles. 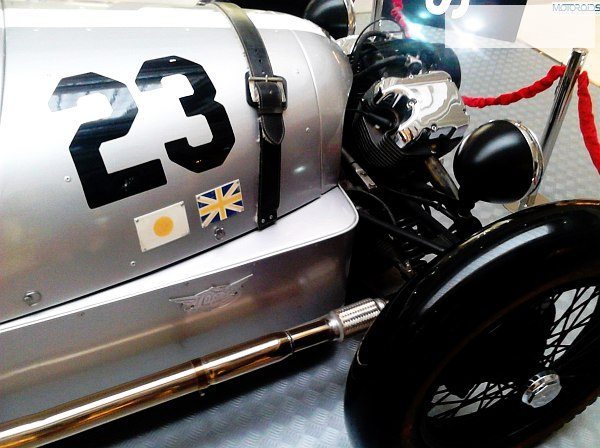 The Indian preview of this three wheeler is part of the Twitter promotional campaign “Tweet Fuel” which was hosted on www.SuperdryMorgan.com and aimed at providing Indian online consumers with an opportunity to get to know of the brand’s trip from UK to India. The Superdry Morgan 3 wheeler Roadster comes to us via France, Germany, Belgium and Dubai.

The winners of the promotional campaign got a chance to drive the Morgan 3 Wheeler at a Superdry event in Mumbai. 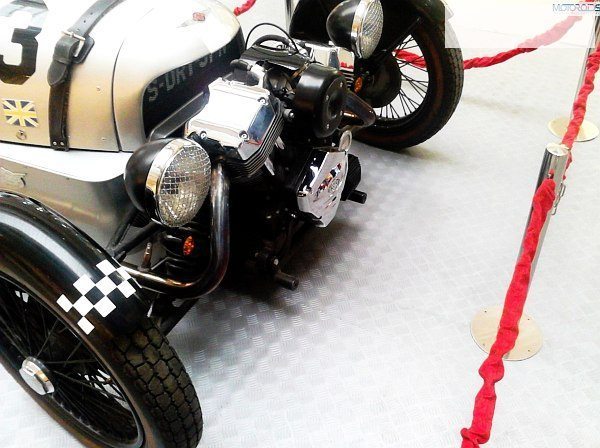 Powering this exciting piece of British machinery is a 1990cc V-twin that pumps out a good 115 bhp-14.3 kgm and is mounted at the very front end of the car. The engine is courtesy US-based S&S Motors.

We so want to drive this three wheeler and get all the attention from the road users. The Superdry Morgan 3 Wheeler Roadster will get you not just a lot of attention but also plenty of admiration.