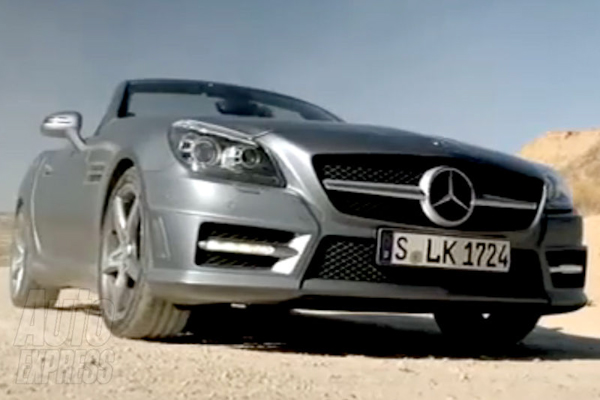 Spy shots are something that always excite auto enthusiasts. We get to see how the future cars will look like, even if by ‘future’ I am referring to a month of 2 months. They aren’t something we get to see once in a while, but every set of new pics means a lot.

An unknown French website released a video a few days back. The video was on Youtube for a while but has been removed. AutoExpress has the pics which were taken from the leaked video.

The car in question is the next-gen Merc SLK.

The Germans planned  revealing the car at the Detroit Motor Show in January. But thanks to a French website, you will now know how the car will look like. Globalisation!

According to AutoExpress, the following engines will be available-

The performance variant, if Merc plans to launch it, might be powered by AMG’s twin-turbo 3.5-litre V6 which produces around 465bhp.

All models will get start stop tech and will be mated to the 7G-Tronic auto ‘box.

As the car hasn’t been launched, it is very early to talk about its India launch.

We will update you as soon as we get a word of confirmation.

Thanks AutoExpress for the pics.