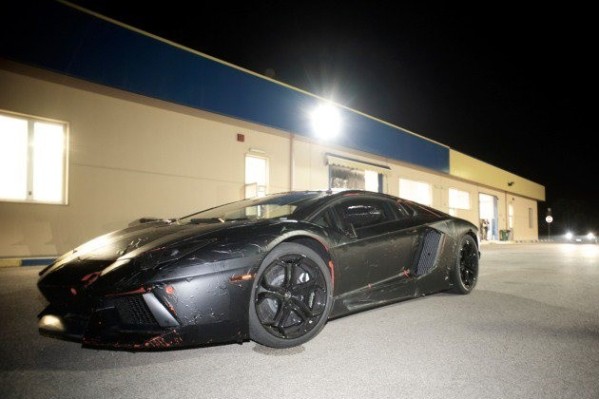 This is the first alleged spy picture / image of the successor of the Lamborghini Murcielago. The picture was found on the Facebook account of one of the members of the Lamborghini Club of Los Angeles. Another theory is that the picture was not taken by a club member, but an auto journalist. Whoever uploaded the pictures, but its largely believed that this is the next-gen Murcielago, to be called the Lamborghini Avantedor when it is officially unveiled.
The car is not visible in all its sheen and glory, as it is clad in some hideous remains of duct tape or wrapping, but the picture is quite clear and gives a good idea of what the new Lambo supercar is going to look like.
The Avantedor will feature Lamborghini’s first ‘brand-new’ 6.5 litre 700bhp engine in several decades and will create new benchmarks in performance for the pretenders to follow.