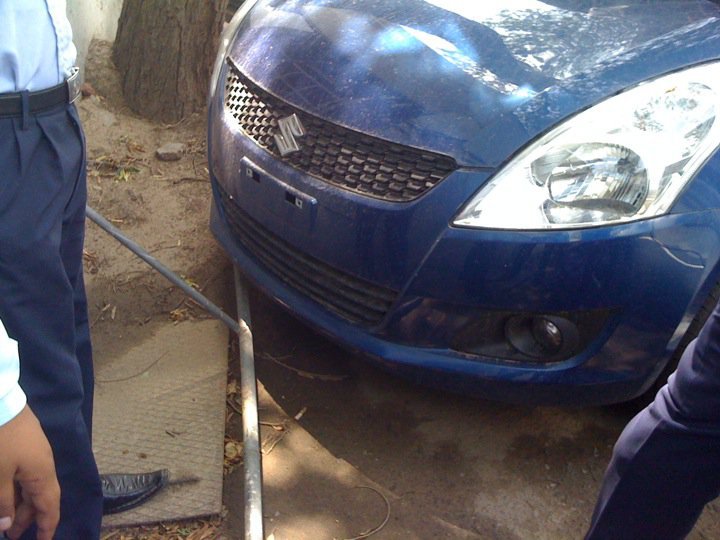 Only yesterday we told you about how frustrated we are about Maruti Suzuki’s tight lipped approach towards revealing the launch dates of the new Swift. While we anticipate a July launch, seems like the car has already started arriving in the company’s warehouses in various cities. While the spy pictures of test mules have been taken earlier, this picture taken by Chirag Madan is that of a production car, ready to go on sale. This only suggests that the car is much closer to a launch than what we may have assumed. The guy who clicked the images is quoting a probable launch date of 16th June.

The New Swift will visuallt be an evolution over the current model, but will be completely overhauled from under the skin. It will be bigger and better in almost all the aspects. You can read all about the changes incorporated in the New Swift in our earlier post here.

2011 Swift, pictures and all the details