That the KTM RC series is almost at our doorsteps is a highly known fact and now, thanks to these images that we have here, it has become for sure that the upcoming models have already entered the production stage at BAL-KTM’s manufacturing facility. While one of these images show the KTM RC125, the other image is of the big brother RC390. 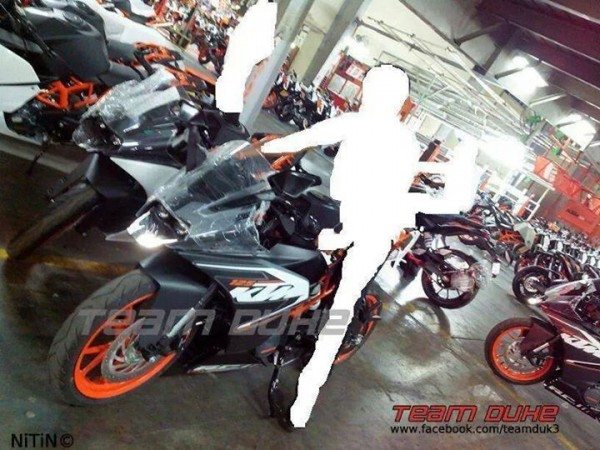 Akin to the Duke series, the new KTM RC125, while being manufactured in India, won’t go on sale here in our country. However, the RC390 and the RC200 are indeed coming to us and could be launched anytime soon.

The excitement around the launch of the upcoming KTM RC200 is fast building up and it is being said that the RC200’s global launch will shortly be followed by its launch in India, which will of course happen this year. Powering the KTM RC200 will be a retuned version of the Duke’s DOHC single cylinder 200cc engine that is likely to have a max power output of 26 PS. The bike looks sharp and racy and could have a price tag of  INR 1,40,000-1,55,000. The KTM RC200 is easily among the most awaited motorcycles in the biking fraternity of our country. 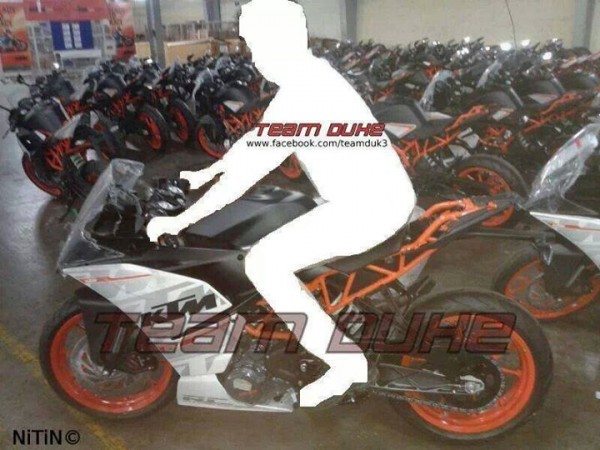 Also coming our way is the bigger KTM RC390, which would be to the RC200 what the Duke 390 is to the Duke 200. Very similar to RC200 in terms of looks, the KTM RC390, which boasts of considerably more power than the RC200, is also expected to be launched in mid 2014. As we’ve been saying, the RC390 will become one of the sportiest middle weight performance bikes in India and will offer a sportier performance than the Duke 390. Also, it would ask for a slight premium over the Duke sibling and could have a price tag of INR 2.2 lakhs. Powering the RC390 is a 375 cc engine with an expected max power of 46 BHP.