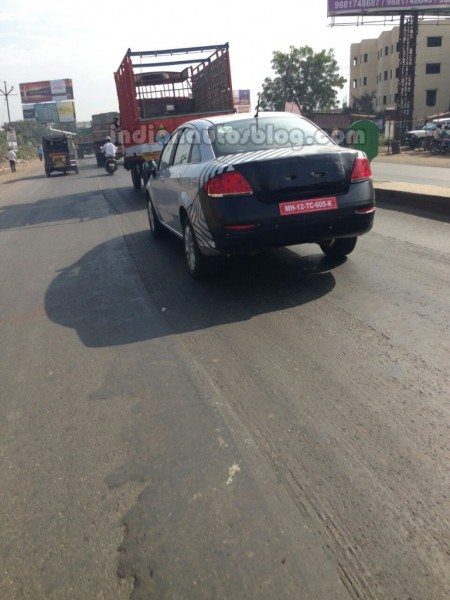 Only five days ago, we posted a spy pic of three Fiat Linea facelift test mules, which were caught testing together by our reader Yash Chavan. Now, the good folks at IAB have come up with a new set of spy pics of the upcoming car. These spy pics have been taken around Pune, which is the usual hunting ground for spy photographers.

As can be observed in these pics, the Linea Facelift sports a revised boot-lid, which in-turn sports the rear number plate housing. The car also gets a new rear bumper, new front bumper, a new front grille and a lip spoiler. The Linea facelift doesn’t sport the pre-facelift model’s slightly Audi-ish ‘Bulgarian beard’ and instead comes with a new front grille that is reminiscent of the one on the last gen Hyundai Accent/Verna. 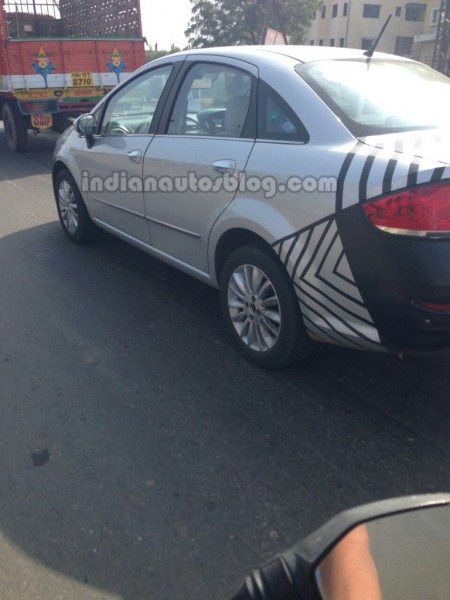 It is being said that the Linea facelift will get a 1.6 litres Multijet diesel engine along with the 1.4 litres turbocharged petrol and the 1.3 litre Multijet oil burner.

It may be noted that the Fiat Linea has never set the sales charts on fire in the upper C segment of Indian car market and has suffered mainly due to poor after sales support that was being provided by the Tata-Fiat venture. But now, as Fiat India and Tata Motors have parted ways for good, the Fiat’s attempt on improving the service network might make the Linea facelift enjoy a better fate than its predecessor. Talking about the pre-facelift model, the same would continue selling in India with the recently launched Classic variants. 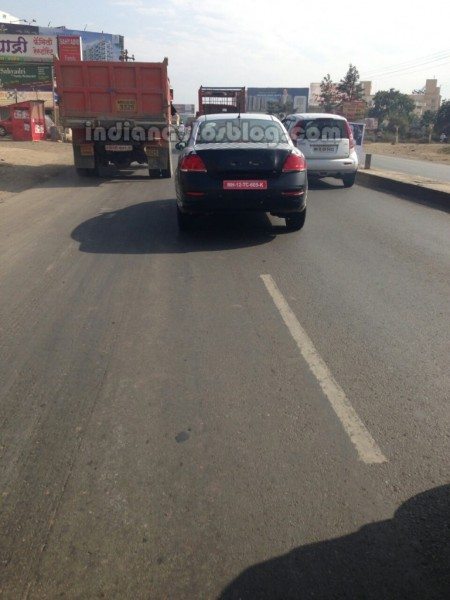 We believe that the Fiat Linea facelift India launch could happen sometime before the end of next month.