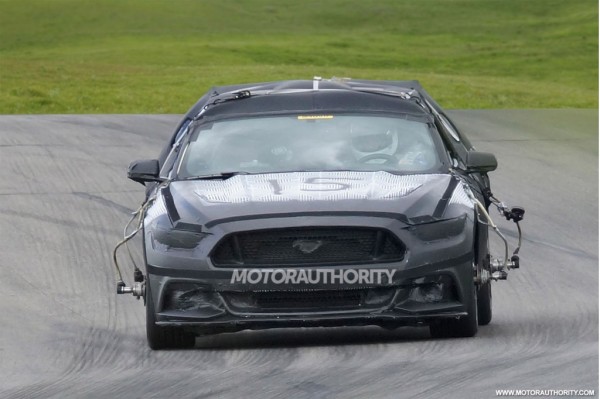 As we reported earlier, the new car will be unveiled on April 17 next year at New York Motor Show. Ford intends to celebrate the Mustang’s 50 the anniversary with the launch of the 2015 model.

The new 2015 Mustang is likely to get an EcoBoost engine option. Good chances that it would be a 2.3-liter four cylinder unit. Purists need not be disappointed as the V6 and the V8 would continue to be offered. The next gen car will also get an independent rear suspension. 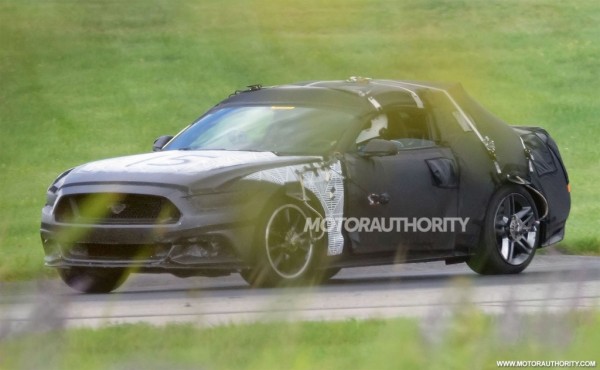 It may be noted that Ford has already confirmed that the 2015 Mustang will go on sale in both left hand drive and right hand drive variants and this means Ford India could be planning to indulge in some brand building and bring legendary muscle cars to our shore. 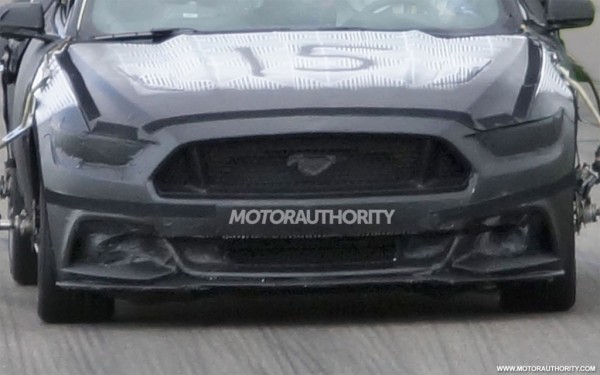 As we said earlier, we have already seen many spy pics of the upcoming 2015 Ford Mustang and these pics have made us believe that the car’s styling, particularly the silhouette, would be inspired from that of the Evos Concept.Thanks to the recent spy pic, it becomes pretty evident that the car’s front end would boast of a more aggressive look than the current generation of America’s favorite muscle car.

The next gen 2015 Ford Mustang will go on sale in Europe and Asia soon after it is launched in USA and India launch could happen sometime in mid 2015. 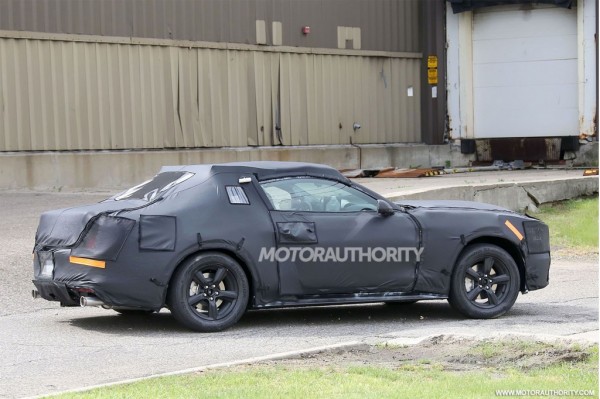