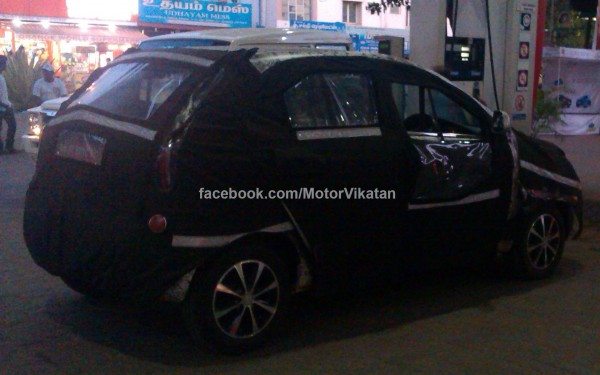 That the good folks at Tata Motors are busy working on a comprehensively updated Vista is a very well known fact. The updated Vista has been caught testing on several occasions and today, we have yet another set of spy pics of the upcoming car. This time around, the car has been spotted in Coimbatore.

The 2014 Tata Vista facelift is very likely to make its public debut at the 2014 New Delhi Auto Expo in February next year and is expected to go on sale before the advent of next fiscal.

Thanks to a set of new bumpers, the 2014 Tata Vista will be marginally lengthier than the current model. The car will also get a new grille and new headlamps. 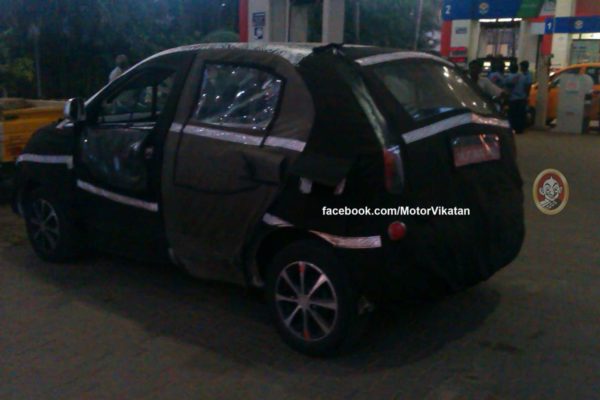 However, the biggest change will be at the rear. The 2014 Tata Vista will not sport the typical X-Mas tree styled taillamps and would instead get more conventional units. The numberplate housing too would moved upwards and on to the rear hatch.

Coming back to the front end, it seems very possible that the car will get a much sharper face that will no longer sport the traditional ‘smiley face’ and will instead come with a more sporty looking headlight and grille setup. Engine options are likely to be carried over, albeit with minor tweaks for improved fuel efficiency.

The Tata Indica Vista facelift will continue to be powered by the  current set of engines.

Stay tuned to Motoroids for more details about the upcoming 2014 Tata Vista facelift.