Home News Render- Is this how the 2015 Mazda2 aka Mazda Demio would look like? 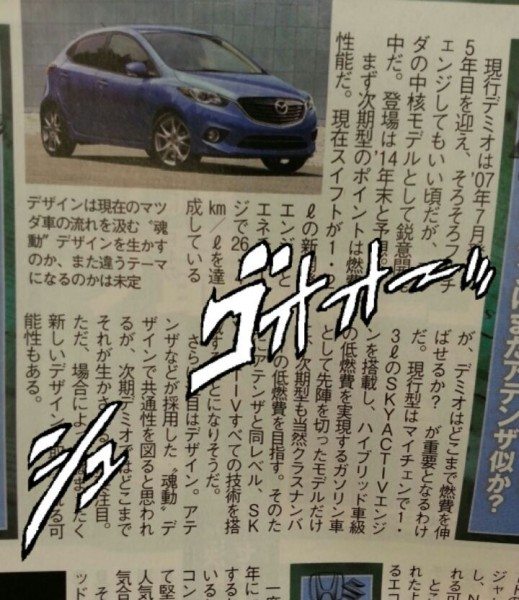 What you see here in the lead image is a render of the upcoming 2015 Mazda2 hatchback.

The 2015 Mazda2 aka Mazda Demio will make its public debut next year and as this render reflects, would be styled as per the car maker’s next design language. This design language will be evolution of the current KODO design language that can be seen on the Mazda CX-9 among others. The 2015 Mazda2 would have a shield-like design for the front grille and sharply styled headlamps.

Powering the 2015 Mazda Demio would be a new SKYACTIV-G 1.5 litres, 4 pot motor that will have a max power output of 100 bhp, and will come mated to a six speed manual gearbox. The car could also get an optional CVT.

Currently, the Mazda2 is built on the same platform that underpins the Ford Fiesta. However. the upcoming 2015 Mazda2 would be underpinned by a new light-weight CX-5 platform. This platform will also underpin many other future-Mazda cars.

The new 2015 Mazda Demio is likely to make its public debut at the Paris Motor Show next year.