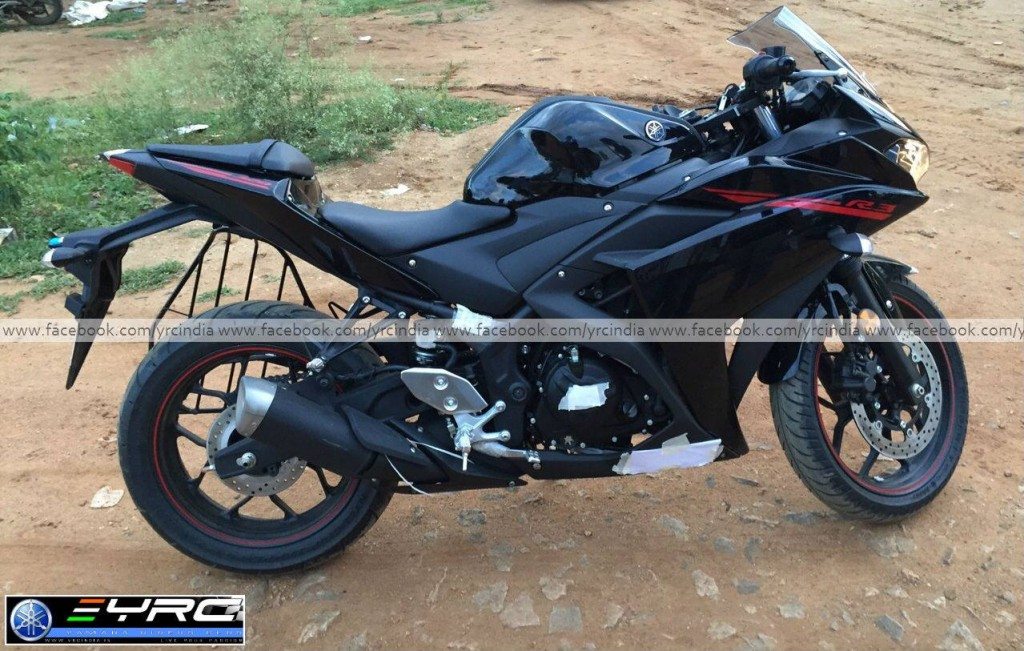 It’s just a matter of hours before the Yamaha YZF-R3 is unveiled to the Indian motorcycling aficionados but the folks at Yamaha Riders Club – India have snapped the motorcycle at a dealership in Bangalore. Yes, this is the same motorcycle that was spotted last week with the mandatory but ugly saree guard. One of the many interesting features on the new YZF-R3 that deserves a mention is the instrument cluster. 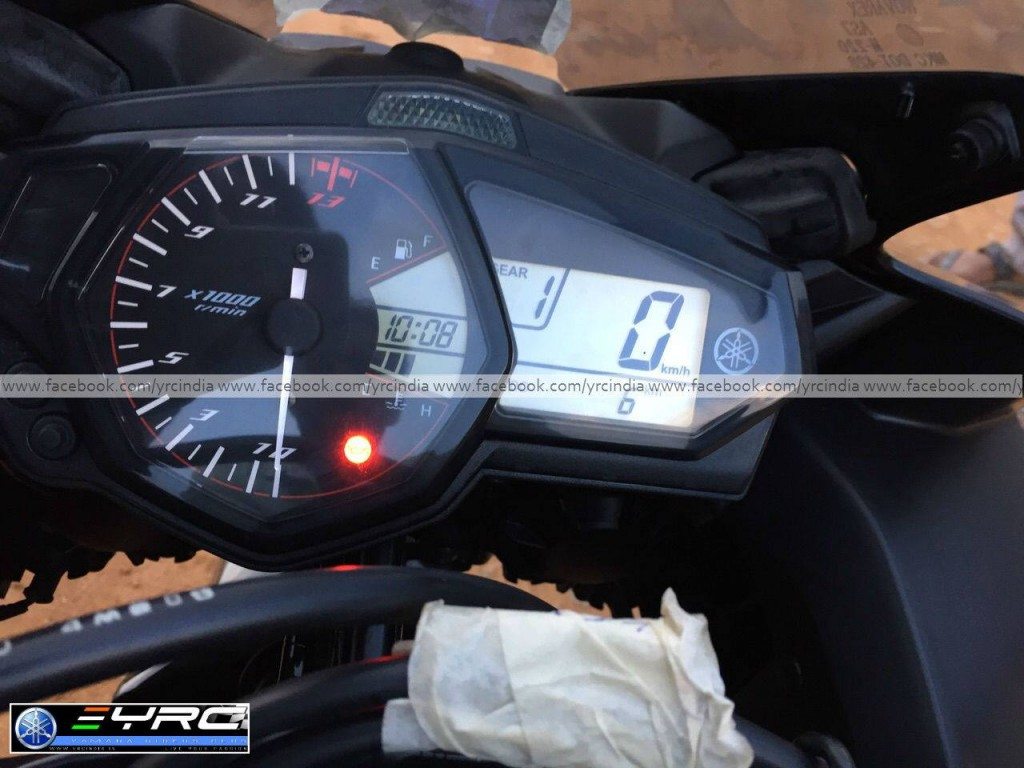 Instrument cluster on the motorcycle spotted at Bangalore dealership 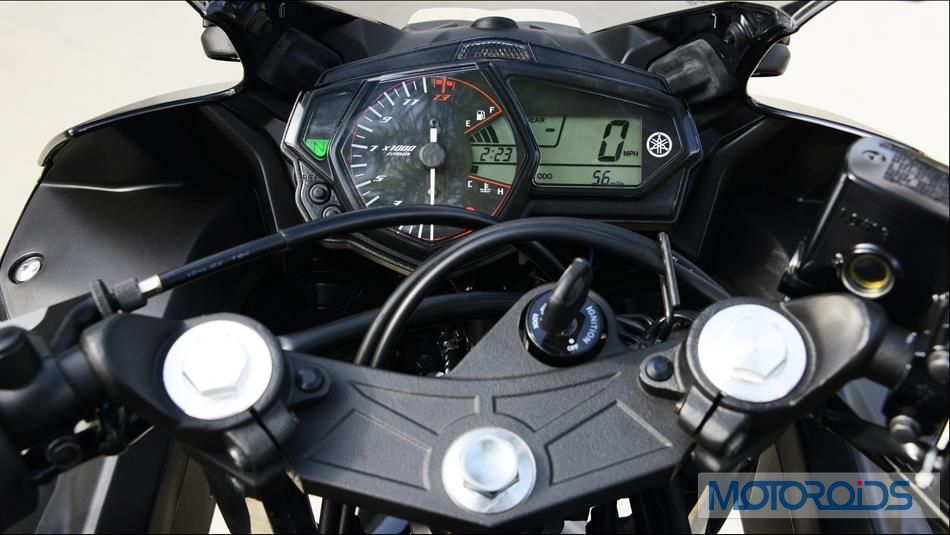 The source of the photograph confirmed that the YZF-R3 will come equipped with MRF ZAPPER S 140/70-17 segment rubber at the rear and, contrary to earlier reports, will be available with an optional ABS feature (we are not sure about the availability of the ABS though). The source also suggested that the new Yamaha YZF-R3 will be priced at Rs 3.4 lakh (on-road Bangalore).

As reported earlier, the new Yamaha YZF-R3 will receive a newly developed 321cc inline two-cylinder, liquid-cooled engine and a lightweight chassis. The 321cc engine on the YZF-R3 will deliver 42PS of power and 29.6Nm of torque and will come mated to a constant mesh, 6-speed transmission. 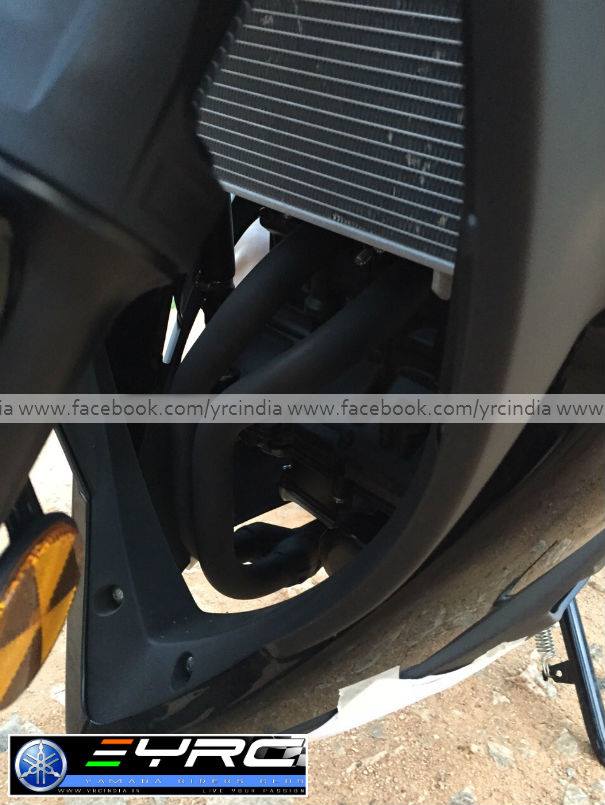 It’s a matter of hours before the motorcycle is officially revealed and we would be covering the event LIVE so don’t forget to tune into Motoroids on August 11, 2015 for all the latest updates from the Yamaha YZF-R3 launch.

Here are the technical specifications of the international model: