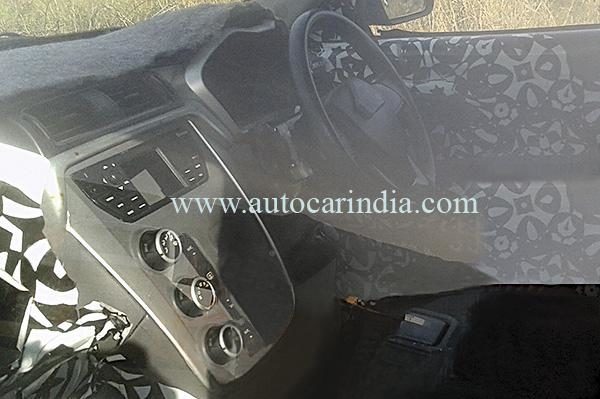 Mahindra’s upcoming new compact SUV, codenamed the S101, is rather serious about making life tough for its potential competitors. While it was only spotted until now wearing camouflage, fit for some discontinued car’s funeral, a clear image of what hides beneath, has surfaced. The center console gets rectangular A/C vents, below which sits what looks like an entertainment system, the missing screen for which is perhaps being tested elsewhere. Beneath that unit with a lot of buttons are vertically stacked circular controls for the air-conditioning system. 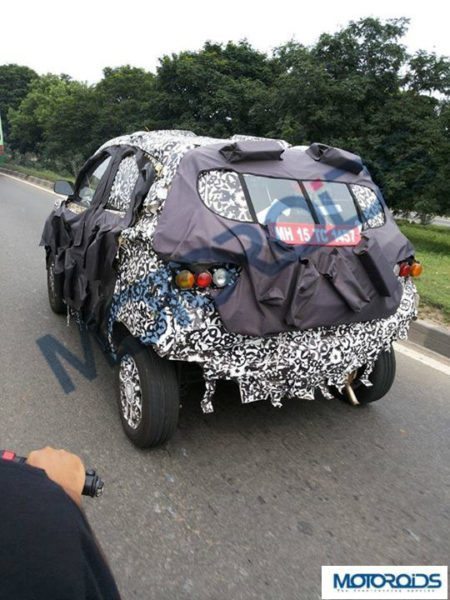 Now, the Mahindra S101 gets a dash mounted gear shifter, which was confirmed in earlier spy images. However, in this image, it seems the hollow space next to the A/C controls has gone through some image processing for reasons we don’t know. The shift lever in this particular picture makes a ghost like appearance out of nowhere, with even the shiny outlining for the center console passing through it. That aside, taking inspiration from the Datsun Go+, the S101 will get a bench seat up front. What we found in the picture is that the steering wheel with piano black inserts on the S101 is all-new unit, although the design does take some inspiration from the one that does duty on the Scorpio.