Mercedes-Benz is all set to introduce the facelift version of its flagship SUV, the GL-Class. The new facelift GL-Class was spotted testing in United States with only the front of the car in camouflaged. The latest images have surfaced from automotive website www.inautonews.com which spotted the SUV in action and snapped the pictures. 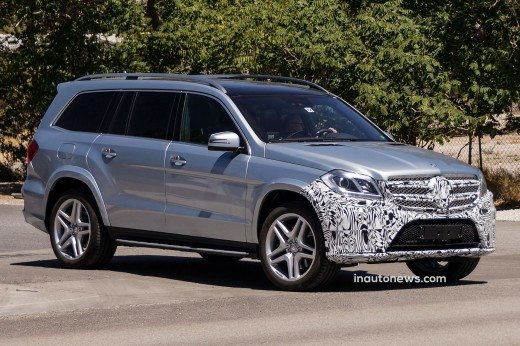 So it can be safely assumed that upcoming SUV will receive updates in terms of front grille and lighting unit only. The rest of the car is not likely to receive any major updates. The new upcoming GL-Class will be a mild makeover while an all new version is scheduled for a launch in 2017. Reports also suggest that the new GL-Class will be offered in a more luxurious Maybach variant. 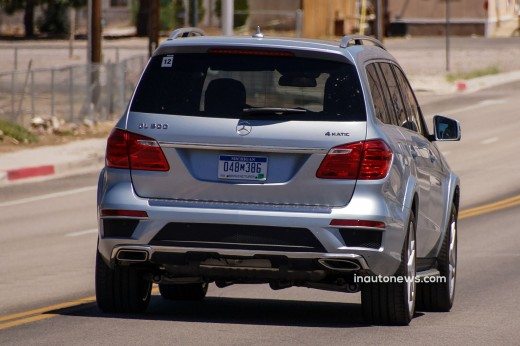 It can be safely assumed that the powermill in this luxury SUV will remain the same. The car in the spy pics carries the GL500 badge in the rear which is powered by a 4.7-litre V8 engine that produces 428 bhp of power and 529Nm of torque. The power is transferred to all the four wheels via a 7G-TRONIC transmission which helps this luxury SUV to propel from naught to 100 kph in 5.4 seconds and has a top speed of 250 kph.

We hope to see this facelift variant at the Paris Motor Show which is scheduled in October this year.

Stay tuned into Motoroids for more updates on the Mercedes-Benz GL-Class facelift and all the action from the world of auto. Do share your views through comments below.