We reported in detail when the 2015 Hyundai i20 commenced its testing globally. Now, the good folks at MotorVikatan have spotted the car in Chennai. It is to be noted that Hyundai is testing the car in India from more than 8 months.

The Korean car maker is readying the new gen 2015 i20 for its launch this year. Since, Hyundai recently introduced the new i10 (which is the Grand i10 for the Indian market), which has grown in size, Hyundai has ensured the i20′s dimensions are also increased to widen the gap between the two. 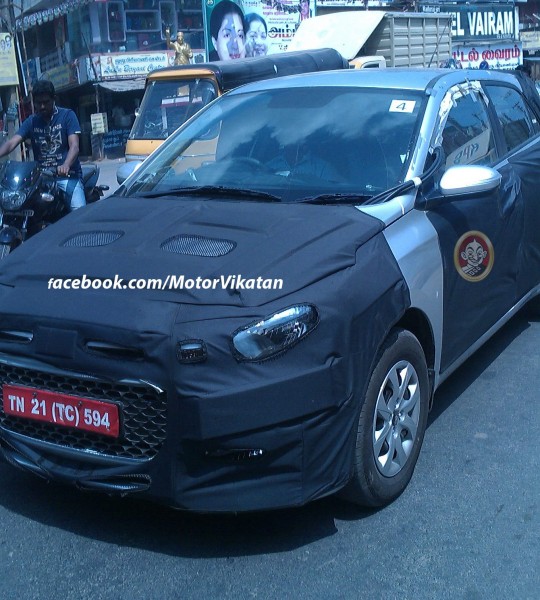 A premium hatch from the company, the 2015 Hyundai i20 will have a longer wheelbase, marginally more width and also more spacious interiors. The test mule seen here features sweptback  headlights, a bigger lower front grille and vertical taillights. Just like the current gen model, the car will also come with a tailgate-mounted spoiler and turn signals built into the outer rear view mirrors. 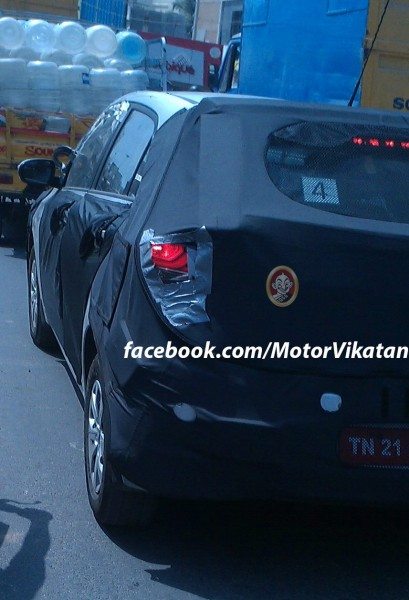 The next gen 2015 Hyundai i20 will be codenamed internally as ‘IB’ and is expected to use current gen i20’s platform. Hyundai will also build a N performance variant of the car, which won’t come to India anytime soon.

Stay tuned to Motoroids for more updates on the 2015 Hyundai i20.