With a rise in competition in the 150cc segment, Bajaj will soon introduce a refreshed version of the Bajaj Pulsar 150 before an all new, next-generation model is launched.

The 2018 Bajaj Pulsar 150 (UG5) was recently spotted in showroom ready condition which hints that the India launch isn’t too far away. While the motorcycle retains the popular silhouette, it gets new graphics, a split seat (instead of single piece saddle) and a split, pillion grab rail. Suspension duties would be performed by a front fork and gas-charged, twin-sided shock absorbers at the rear. 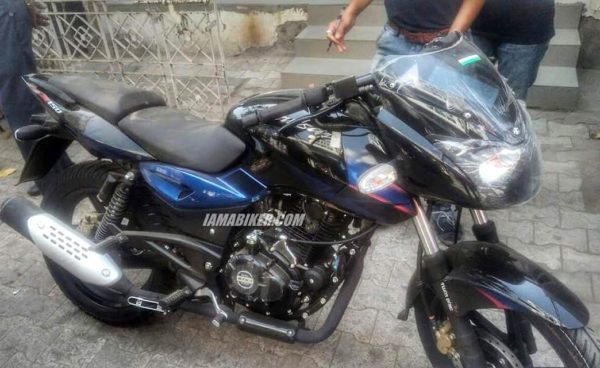 The performance numbers are not likely to be different from current generation model. Thus, expect to see a 149cc, single-cylinder, 2-valve, twin-spark motor that is tuned to deliver 14 hp of power at 8,000 rpm and 13.4Nm of peak torque at 6,000 rpm. Stopping power will be further enhanced by a 230mm rear disc brake at the rear, and a 260mm disc upfront.

In terms of prices, the new UG5 will most likely carry a premium over the existing model. We expect to hear the India launch date very soon. We’d keep you posted with all the updates as and when they’re out.