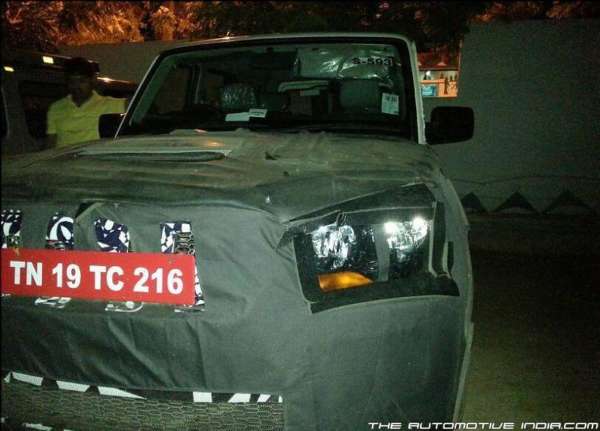 While the Mahindra Scorpio facelift was conspicious by its absence at the recently conducted Auto Expo 2014, test mules of the upcoming vehicle are being spotted almost everyday of late.

The Mahindra Scorpio facelift images on this page were taken were taken by ‘saubhagyab’ from TheAutomotiveIndia.com and these fresh spy pics give us a good look at the insides of the upcoming model.

On the outside, the Mahindra Scorpio facelift will boast of a new front fascia that will consist of LED fixtures for the headlights, a new bumper, a new front grille and a new set of fog lamps. Also, the car will also get a highly revised hood and front fenders.

The car is also expected to get new design alloy wheels, a revised rear bumper and a new set of taillights. 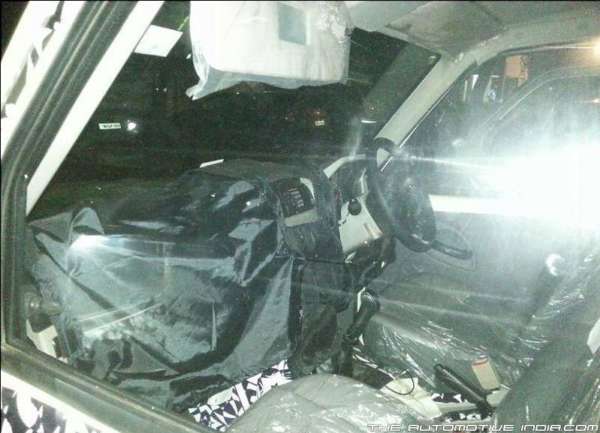 The Mahindra Scorpio interior images we have here show that the insides of the Scorpio facelift would be as fresh as the exteriors and would get a new dashboard, a new steering wheel that has been taken from the bigger XUV500 and new upholstery.

As previously reported on Motoroids, there are slim chances that the 2014 Mahindra Scorpio facelift would sport any mechanical updates, which means that the car would continue to be powered by the same 2.2-liter four-cylinder mHawk turbo diesel engine that powers the current model. This motor has a max power of 120 bhp and peak torque of 290 Nm. The motor comes mated to a 5-speed manual transmission as standard. Also available is a choice of 6-speed automatic gearbox.

Stay tuned to Motoroids for more info and images of the soon to be launched Scorpio facelift.