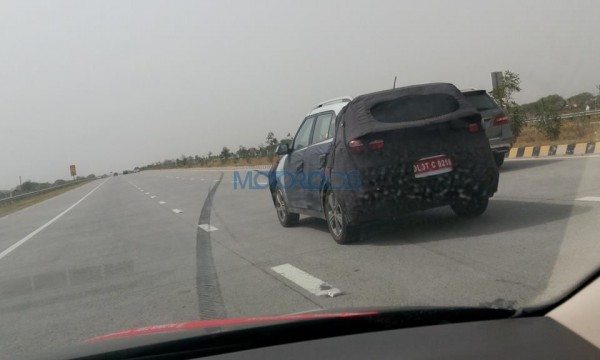 The much awaited Hyundai ix25 compact SUV has been snapped again. This time, by an avid and keen Motoroids reader, Rahul Agnihotri. The compact SUV from Hyundai is seen wearing the pervasive stealth clothing. We have learned by now that the Korean carmaker won’t be calling the ix25 a Crossover. We reckon that Hyundai isn’t quite sold on the “crossover” tag and rather prefer the term “SUV”. Of course, don’t expect the ix25 to do any serious off-roading. With that denotation, we guess the carmaker is aiming at the Renault Duster, which classifies as an entry-level SUV. That said, the Frenchies now offer an AWD variant for the popular Duster in India. Hyundai’s compact SUV does get AWD as an option in international markets. It is likely that Hyundai might also bring in a AWD version of their upcoming ix25. 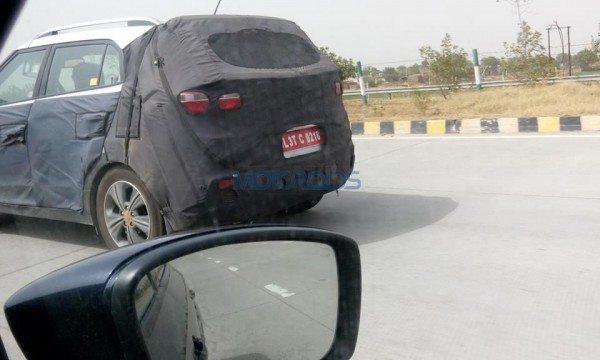 The other thing that’s yet to be confirmed, is the presence of a 6-speed automatic transmission for the ix25. However, Hyundai will offer airbags and ABS with EBD on the ix25 compact SUV. Also, expect the car to be loaded to the gills with tonnes of cabin features, as is the case with most Hyundai products. We also expect Hyundai to fit the 1.6-litre petrol and diesel engines found in the new Verna 4S. The oil burner unit will possibly be mated to a 6-speed manual shifter.

Come June, Hyundai will allow journos to get their first glimpse of this SUV and also take test drives. We will keep you updated on the progress of the Hyundai ix25 which, by the way, might get a different name for India. Hyundai could likely launch the ix25 in India somewhere in August. In the meanwhile, click here to check out our coverage of this compact SUV till now.