Hero MotoCorp has sold over 1.13 million HF Deluxe bikes so far. Now, the company is out testing a facelift version of the popular commuter bike. The Hero HF Deluxe facelift is slated for launch in early 2016 and will sport several changes/revisions. Spy shots of the upcoming commuter bike being tested have now surfaced on the interweb. 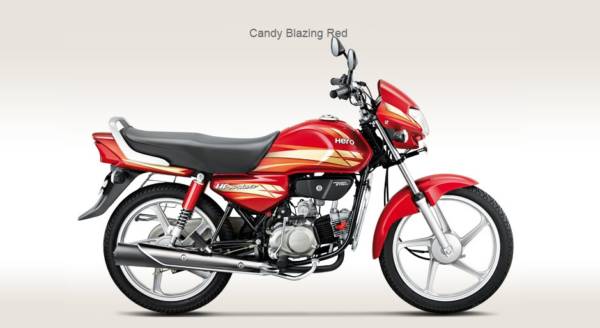 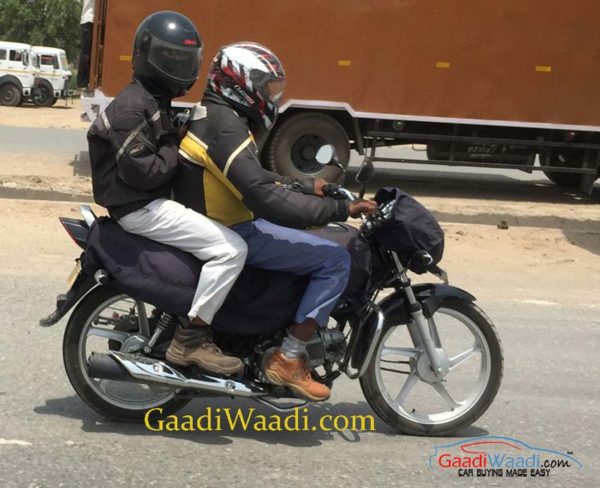 Hero MotoCorp has been busy testing its new series of 100cc, 110cc, 125cc and 250cc engines for future products. It seems that this particular commuter bike is being powered by an all-new 100cc motor. The Hero HF Deluxe facelift, though wearing extensive camouflage, was caught with some exposed bits and bobs. These include grab handle, the taillights and suspension cover. 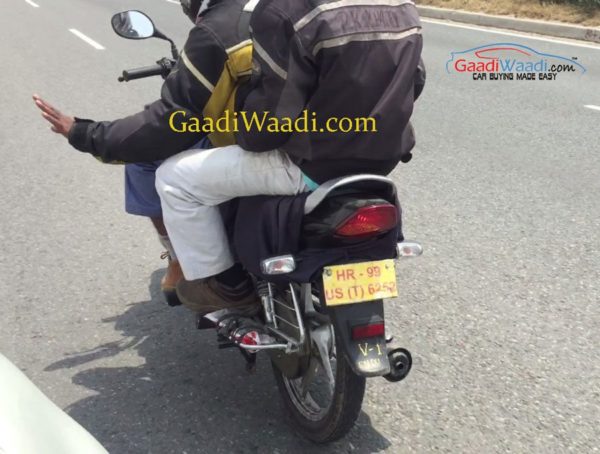 The taillight cluster and turn indicators are new.

The Hero HF Deluxe facelift will sport a new 100cc 4-stroke engine which could offer more power and torque. This new engine will likely better the fuel economy of the facelift HF Deluxe. Expect a similar 4-speed gearbox and a light body, thus aiding urban mobility and rider-friendly operation of the bike. Although this test bike’s appearance cannot be verified, you can expect Hero MotoCorp to bring in some revisions. New body colours, fresh design for the stickers etc are all very likely on the facelift Hero HF Deluxe. 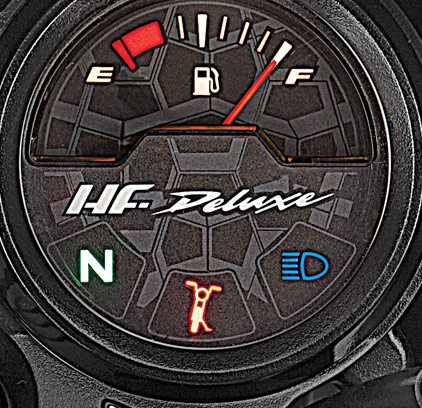 Instrument console on the outgoing HF Deluxe has a ‘side-stand’ indicator.

Along with the new colours and stickers, slight changes to the fuel tank and headlight unit shall also happen. The taillight cluster and rear turn indicators will be all-new. The new series of engines by Hero MotoCorp have undergone over two years of extensive testing. This means the new engines (including the one in the upcoming HF Deluxe) will offer better refinement and higher frugality is also highly likely. The Hero HF Deluxe facelift will possibly hit the market