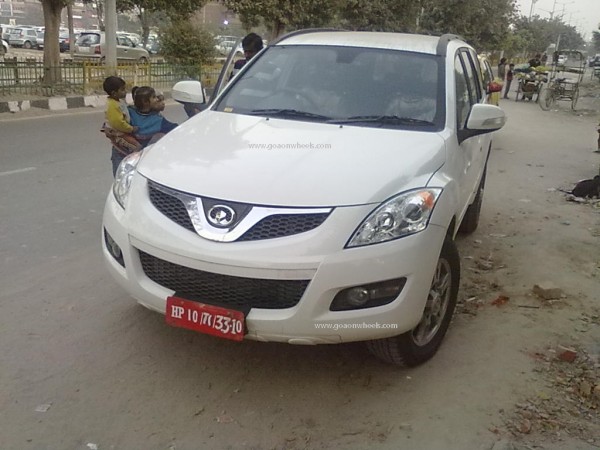 After taking the cellular phone industry by storm (and then having to storm out of it), the Chinese are gradually entering in to nation’s auto industry. We can just hope that the cars that come from the Great Wall are not as incompetent as the the aforementioned handsets. The first car that came from our neighbors is a Zoyte that Premier sells with Rio badges. The fact that the Zoyte is essentially an old Toyota RAV/Dahitsu Terios is another story. Then Force got us the ONE which is highly based on the Guangdong Foday Explorer III which in-turn is again is based on a old Ford Explorer. Coming up next might be two vehicles that are quite popular with the neighbors.Indian auto manufacturer ICML is planning to get into a JV with The Great Wall from the country that boasts of..err..the Great wall. The JV should see ICML selling a range of SUVs and pick up trucks in the market.Recently, a Haval 5 test mule was caught being tested in India. The good folks at goaonwheels had a little dialogue with officials at ICML and the latter hinted at the possibility of launching The Great Wall vehicles in Indian market. They confirmed that they busy testing testing a SUV and a pick up truck for Indian market. 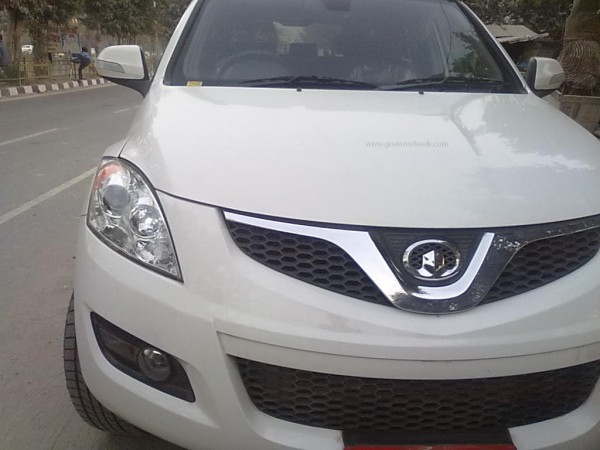 The front fascia boasts of ‘International-spec’ styling with headlight units that look like they belong to some sedan. The grille and air dam are distinctively Japanese in their design form. The car’s size can easily rival Tata Safari and the likes. Havel 5 is a five seater with interiors that have an upmarket design and have a hint of both Scorpio and Mercedes Benz SUVs seen in last late 90s. (Trust Chinese manufacturers to take inspirations from anywhere and everywhere.) Talking about Scorpio, similarity between Havel and the M&M product can also be seen in tail lights that employ X-Mas design form. Seen under the hood of the Haval 5 SUV will be a new 2.0 litre common rail engine. 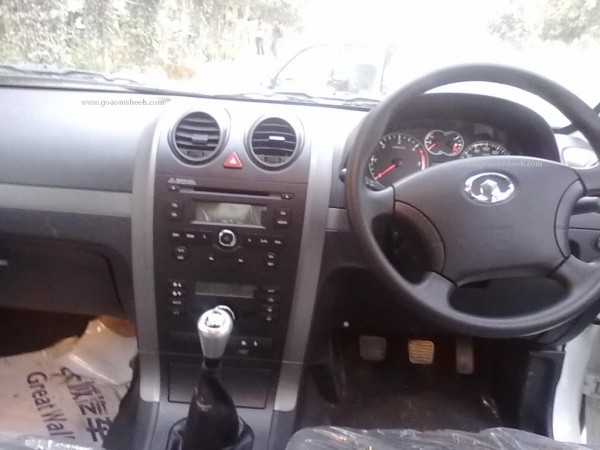 The vehicle sports disc brakes on all four wheels comes in both 4×2 and 4×4 variants. It will be interesting to see how a Chinese car fares in Indian market. 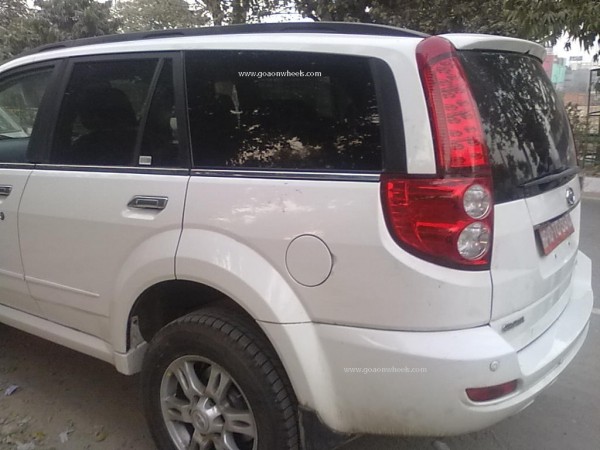