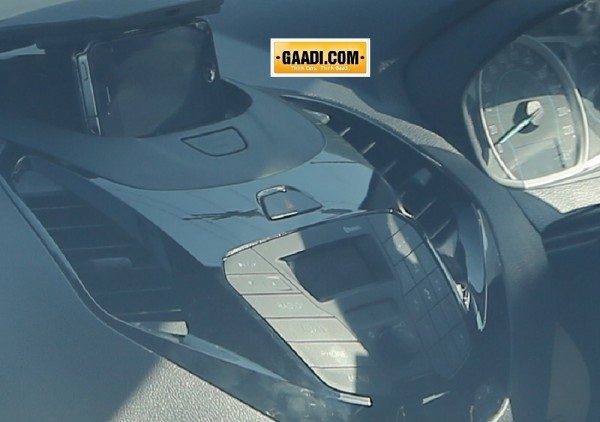 You can clearly see the mobile phone-docking station.

The eagerly awaited Ford Figo compact sedan has just been clicked showing us its interior. And straight away you can see a mobile-docking station placed right on top of the centre-console. This nifty feature will allow you to easily access your smartphone and play your music. Also, it open up possibilities for Bluetooth-enabled calls where you wouldn’t have to physically touch the phone. But it will take some time before we can be sure of all the available features in the car. 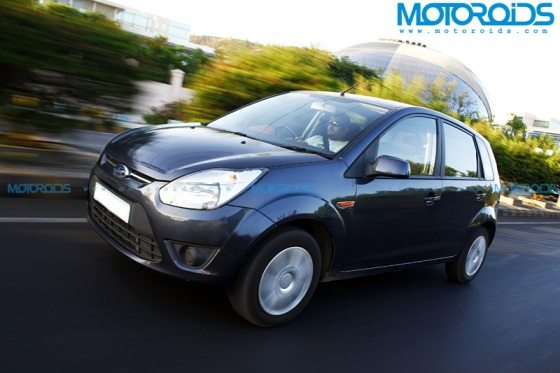 The Figo compact sedan will based on the new Figo hatchback’s platform. (Pictured above – current Figo)

Although the two cars share a common tag, the Figo compact sedan’s platform is supposedly based on an updated version of the earlier Fiesta. Also, in the above picture (spy shot), you can clearly see that the car photographed is equipped with dual front airbags and in most certainty, also with anti-lock braking system. This implies that the car pictured is most possibly the top-spec variant. 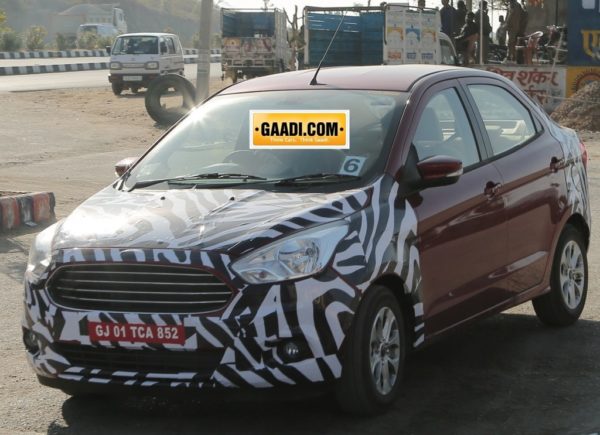 The sculpted headlights and the wide grille look good.

The sub-4 metre car will be powered by petrol and diesel powerplants. The oil-burner would most likely be the familiar 1.5-litre mill that does duty under the bonnet of the current Fiesta. There could also be a 1.4 diesel that is used in the current Figo hatchback and the petrol might be an 1.0-litre EcoBoost motor. Transmission duties will be handled by a 5-speed manual box. Keep following Motoroids as we update you with the latest on the Figo compact sedan and everything automotive.