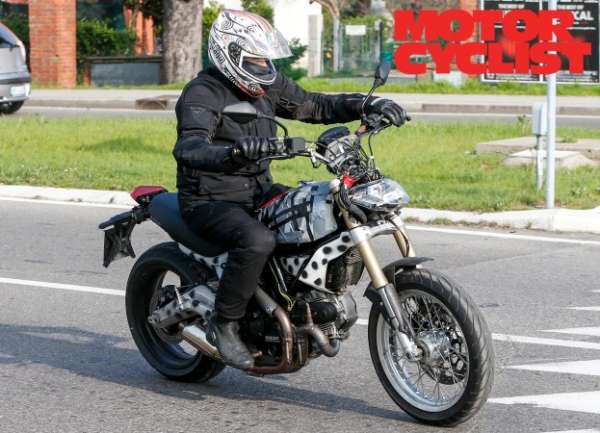 Earlier, some months back, it emerged that Italian performance bike maker Ducati had trademarked the “Scrambler” moniker and also making an appearance on the web world was a concept drawing of the upcoming model. Now, seen on this page are the first ever Ducati Scrambler images, that have been taken near Ducati headquarters in Bologna.

While it is not easy to get a good idea of the bike’s shape from these Ducati Scrambler images, it does look like the upcoming model would combine a traditional round tank with angular upper-engine and subframe covers. The test mule that has been spotted is seen sporting some hastily added Hypermotard parts, which are of course a part of the camouflage. 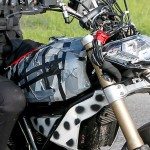 The bike seems to be sporting a new steel trellis frame and dual-sided aluminum swingarm and the bike seems to have a comfortable riding position, with a low saddle and a high set handlebar. Powering the bike is an air cooled 796cc engine that is based on that of the Monster. The could come riding on 19 inch spoked wheels, along with a single front disc brake and a USD fork. 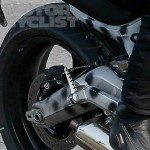