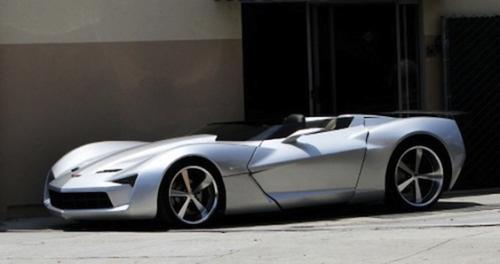 This version of the Corvette Stingray sure is one of the most beautiful cars I have ever seen. A mesmerizing interplay of organic and angular lines, the car’s design is one to die for. This is the kind of things you won’t mind robbing a bank for, or if it’s a Lamborghini Reventon, murdering someone mercilessly. If Megan Fox were a Transformer, this one should have been her automotive incarnation.
Alas, the car represented the character of Sideswipe in the last released version of the movie. But the car that you see here is slightly different from the Stingray that featured in the earlier version. This one features significant changes such as a different hood, a different grille, different wheels, and you won’t require an eagle’s eye to spot the missing vertical LED-strip lights. The spy shot of the Transformers 3 car was supposedly taken in Beverly Hills. No wonder it packs in so much glamour!