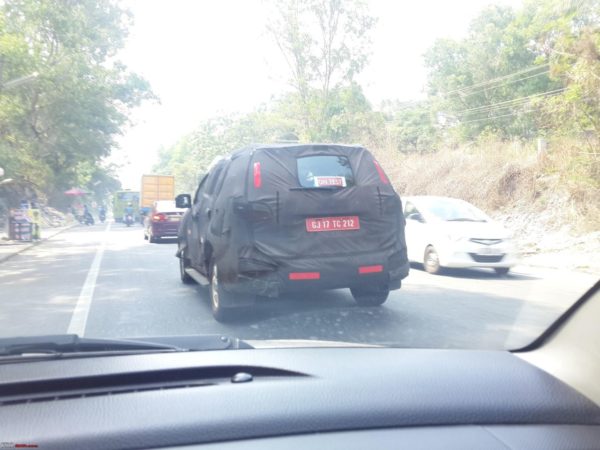 The upcoming Chevrolet Trailblazer has been once again captured through the lens as the SUV was doing its test runs in Trivandrum. Chevrolet has confirmed that it will be bringing the Trailblazer in India in 2015 and is thoroughly testing the SUV before the launch.

As we reported earlier, the Trailblazer will feature a traditional ladder frame as oppose to the monocoque construction which is likely to give this upcoming SUV better off-roading capabilities. The SUV is powered by two engine options – 2.8-litre and 2.5-litre. The 2.8-litre, 4-cylinder Duramax turbo-diesel engine is capable of delivering 200 bhp of power at 3,600rpm and 500 NM of peak torque at 2,000rpm. The 2.8-litre engine also gets a 6 speed automatic transmission along with a 4WD system. 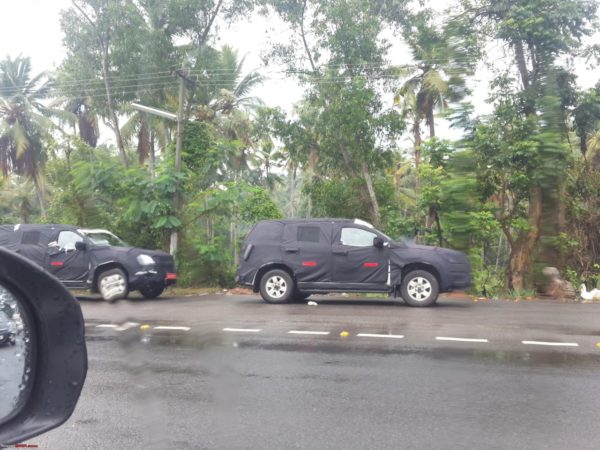 The 2.5-litre, inline-4 cylinder diesel engine, on the other hand, is capable of churning out 163 bhp of power at 3,600 rpm and 380 Nm of torque at 2,000 rpm and we expect to see both these engine options on the Indian market. The 2.5-litre motor comesmated with a six speed manual transmission.

This upcoming SUV will feature a three-row layout with flexible seating allowing for fold-flat rear seats. The Trailblazer is known for offering great space and proper seating for seven occupants which should give it an edge over its competitors whose third row is quite unusable for adults.

What do you think of the upcoming Chevrolet Trailblazer SUV? Share your views with us and fellow readers through the comments section below.