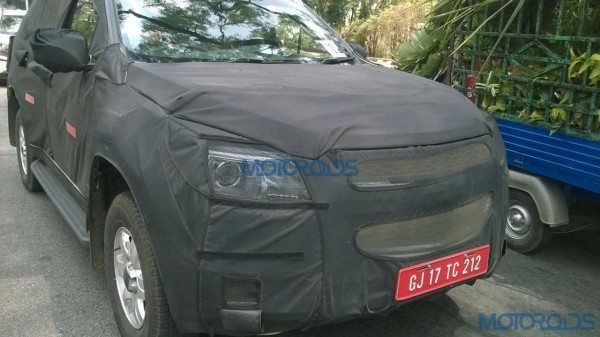 Recently Chevrolet officially announced that their imposing Trailblazer SUV, a direct rival to the Toyota Fortuner will be launched in India in 2015. The test mules of the model have been caught doing the rounds on Indian roads for the first time.

The 7 seater SUV features a three-row layout with flexible seating allowing for fold-flat rear seats. The three rows have a theatre style arrangement to allow a good all round view for the rear seat occupants. The Trailblazer has a reputation for offering great space and proper seating for seven occupants, unlike some of its rivals whose third row is quite unusable for adults. 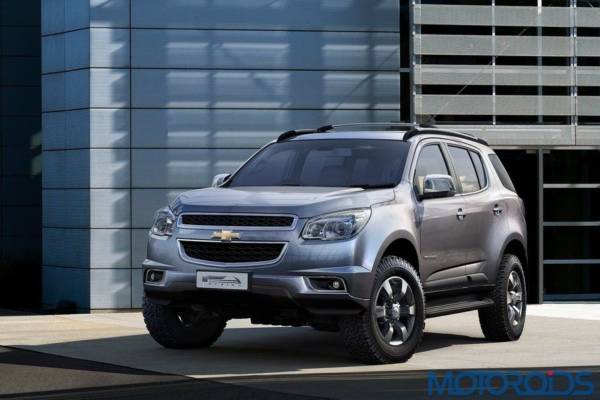 Internationally, the trailblazer is available with two engine options. The more powerful of the two is a 2.8-liter, 4-cylinder Duramax turbo-diesel engine with 200 bhp of power at 3,600rpm, with peak torque rated at 500 NM at 2,000rpm. 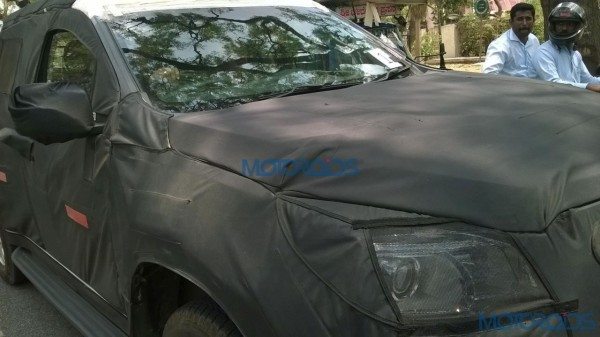 A more modest power-plant is offered in the form of a 2.5-liter, inline-4 cylinder diesel engine with 163 bhp of power at 3,600 rpm, and 380 Nm of torque at 2,000 rpm. Pretty decent numbers, those –and that’s the engine we expect for India of the two units mentioned above.

Both engines come mated with a six speed manual transmission. The bigger 2.8 liter engine also gets a 6 speed automatic transmission along with a 4WD system.

Chevrolet is expected to bring the big SUV to India via the CKD route so as to keep the cost in check and offer stiff competition to its rivals on the price front. 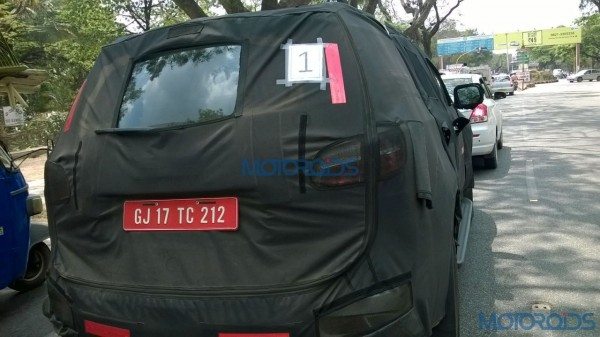 The trailblazer is 4.87 meters long, 1.9 meters wide and 1.83 meters tall with a wheelbase of 2.85 meters (we’ll soon give you comprehensive comparative chart with other vehicle). The SUV offers a water wading capability of 800 mm with independent suspension all round.

Features and equipment include, but are not limited to ABS, EBD, Hill Descent Control, Hill Start Assist and Electronic Stability Control. Expect the price to be slightly upwards of Rs 20 lakh. Would that be a good price for this jumbo SUV? Would you put your money on the Trailblazer instead of the Fortuner? Do let us know.