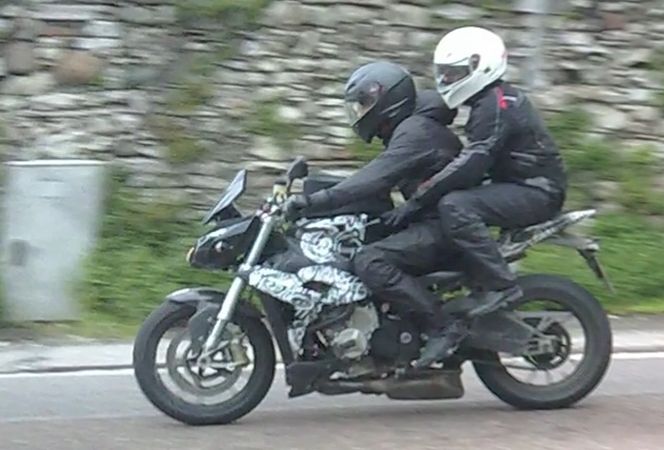 The naked variant of probably the best superbike on the planet has been in the news since last year and even snapped on camera a couple of times by various publications before suddenly going underground…until now. Thanks to the reader of Italian Motorcycle Magazine Motociclismo who managed to shoot a video of the BMW S1000 Streetfighter on its test run in Trento, Northern Italy. Though the bike flashes for a few seconds on the camera, but slowing down/ pausing the frames does manage to reveal a few bits of the new naked Beamer. 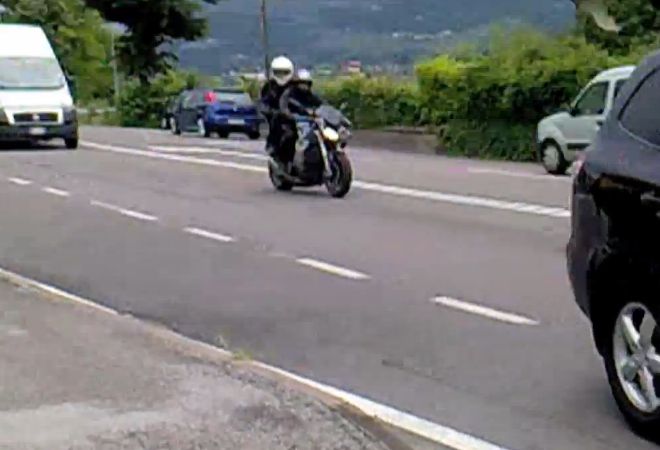 To start off with the trademark asymmetrical headlights are retained on the naked variant. A floating biking fairing with a huge gap between itself and the headlights- fans of the Triumph Speed Triple would love it. 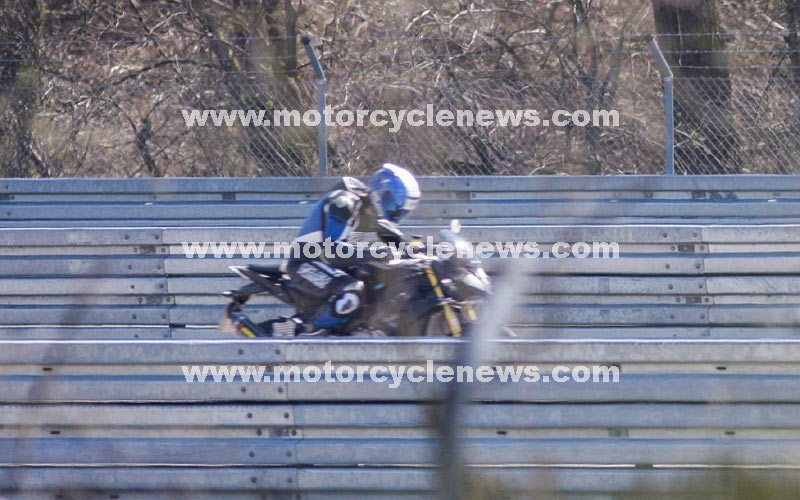 The naked variant was also caught on test last year as aforesaid, particularly by motorcyclenews.com, which shows an Akrapovic exhaust and golden forks when compared to a stock looking silencer and silver forks on the new test mule. Also the bikini fairing was affixed much closer to the lights than the present one. Though the changes between the two might just seem an accessory, but as Motociclismo speculates- there might be two variants of BMW’s new streetfigher with one sporting a slightly more exotic component sheet.

Coming to the most important numbers- the engine. Traditional to BMW, expect the Streetfighter variant to be retuned for better rideability and low end performance as an everyday street bike- but how much, that needs to be seen. The Aprilia Tuono and the KTM 1290 Super Duke would be meeting their match sooner or later. We’d only wish that the new Beamer on the block isn’t compromised too much on horsepower.