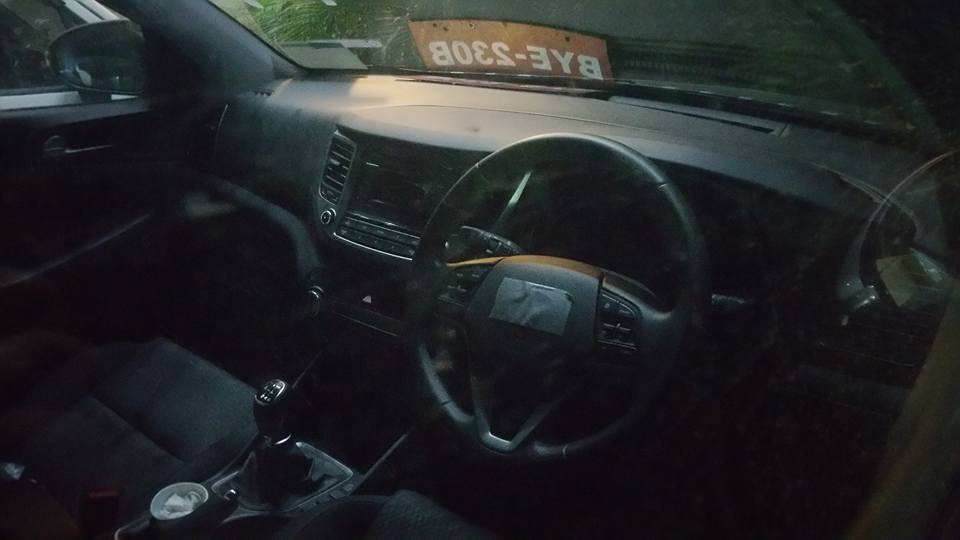 Barely a day ago, we brought you a few images of the upcoming Hyundai i10 hatchback (Grand i10 for India). Now, another upcoming model from the Korean automobile manufacturer has been spotted during a public road test ahead of its impending launch. New spy images reveal the 2016 Hyundai Tuscon wrapped in camouflage.

After making its Indian debut at the 2016 Auto Expo held in the national capital, the 2016 Tucson will reportedly be launched as soon as next month. The SUV has been spotted on earlier occasions as well, and now new images that made its way to the internet reveal the interiors apart from a few hints of the exterior. 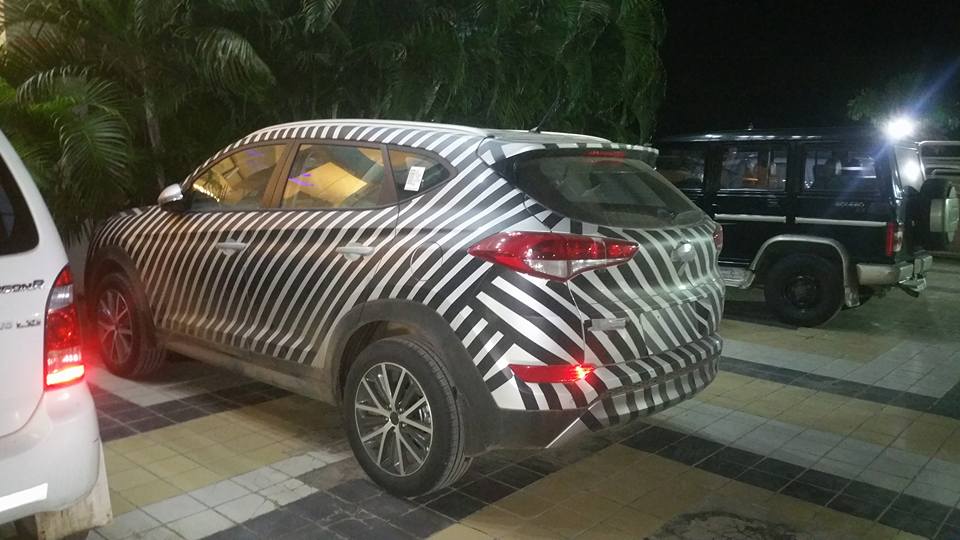 The upcoming Tuscon will bridge the segment gap between the SantaFe premium SUV and the Creta Compact SUV in Hyundai India’s portfolio. The new spy images suggest that the interiors of the 2016 Tucson will come equipped with an all black theme with contrasting silver trims seen on the center console and HVAC vents, an eight inch touchscreen infotainment system and a leather wrapped steering wheel.

Also read: Here’s the new Hyundai i10 (Grand i10 facelift) in eight photos and a video

On the outside, the SUV will feature twin LED headlamps with DRLS, the signature hexagonal shaped grille and LED tail lamps inspired from the i20 range. Globally, the model is available with a 2.0-litre diesel engine, a 1.7-litre diesel engine and a 1.4-litre petrol engine. It is believed that only the former, a 2.0 litre diesel motor will make it to the India spec model. This engine will be capable of producing 182 hp and 400 Nm of torque. Initially, the model is likely to be introduced only with a six speed m annual transmission while a six speed automatic gearbox could arrive sometime later.

Following is an image gallery of the 2016 Hyundai Tucson spied in India: