Seen here are some images of a 2014 Mahindra Scorpio facelift test mule that was spotted by the good folks at Car Toq. While we have already seen a gazillion spy pics of the upcoming Scorpio refresh, it is the first that we have a few spy pics that give us a glimpse of the car’s interiors. 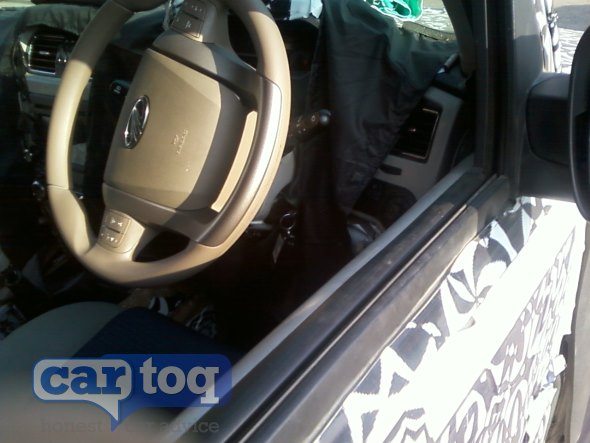 As can be seen in these images, the upcoming Mahindra Scorpio facelift 2014 will have interior panels that seem to have been inspired from the ones on the XUV500. The car will have a the same steering and the circular aircon vents have given way to rectangular ones. The car will also get a revised dashboard that will house a new touchscreen infotainment unit. The interiors will come draped in beige. 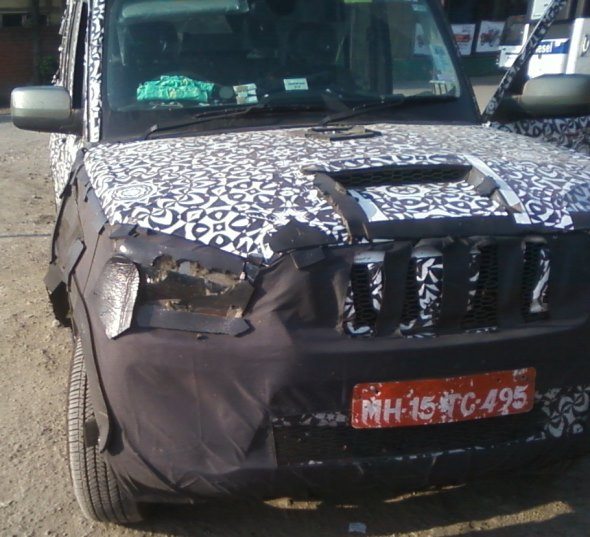 On the outside, the upcoming Mahindra Scorpio facelift will sport a new set of headlamps that would consist of projector units on the high end variants, a new front grille, a set of revised bumpers, a new hood, and black tinted tallights. The faux scoop on the hood too will be revised, to be more in line with the new design cues.

The Scorpio has been on sale in India since over a decade now and thanks to the advent of fresh rivals, the sales of the once-popular SUV has taken quite a blow. The upcoming facelift aims to re-vitalize the sales performance of the fast ageing SUV and enable it to soldier on for a couple of years more. 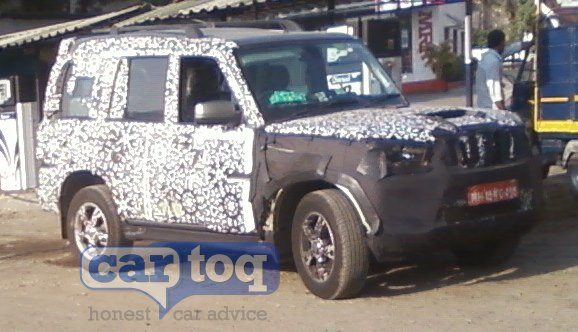 The Mahindra Scorpio facelift will greet us at the Auto Expo 2014 in February, next year. (Click here to read about all the cars that are coming to us in 2014)

What do you feel? Will a set of visual updated enable the Scorpio to fend off the heat from fresher rivals such as the Nissan Terrano?Do share your thoughts by penning them down in the comments section below.

Stay tuned to Motoroids for more dope on the upcoming 2014 Mahindra Scorpio facelift.