It is pretty much a widely known fact that the Indian subsidiary of German auto giant Volkswagen is close to launching the VW Cross Polo in ever developing Indian car market. VW Cross Polo won’t be the first of such car in India. The Skoda Fabia Scout, which was launched a few months back, takes the credit of being the first crossover-inspired hatchback to come to us. However, a steep price and a not-so-powerful set of engines ensued that the car could never set the sales charts on fire. 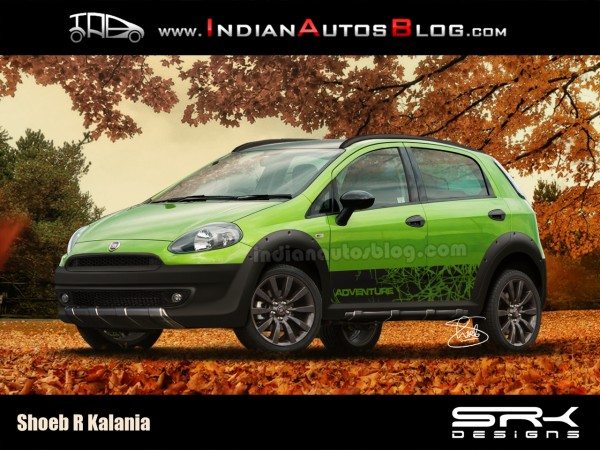 It is being said that Fiat India could bring in a new variant of the Punto hatchback to battle it out against the Cross Polo. This pseudo-crossover would be nothing but a Punto with some plastic cladding and more ground clearance. Seen here is a speculative rendering of the Fiat “Cross Punto” from the boffins at Indian Autos Blog. 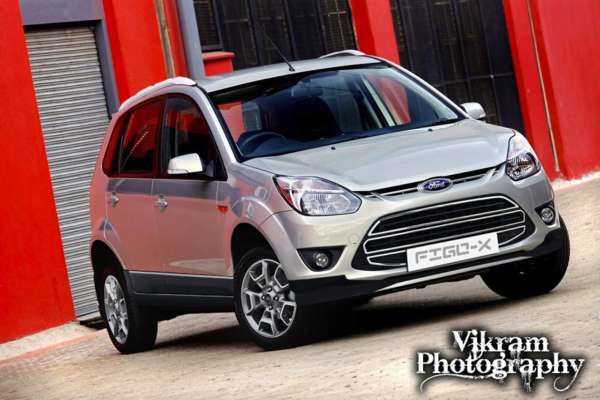 What we also have here is a speculative rendering of a similar car from Ford. As per the rendering, this car would be based on the Figo hatchback and would take some design cues from the much publicized EcoSport compact crossover. Some of these could be a similar air-dam with chrome strips running across it. The car could also sport similar alloy-wheels.

The speculative Cross Figo, as can be seen in the rendering, has higher ground clearance and the quintessential plastic cladding. The car can also be seen sporting roof rails/ski racks.

It may be noted that the Ford hasn’t confirmed or hinted at the launch of a Cross Figo. However, we won’t at all mind having the Fiat Cross Polo and the Ford Cross Figo running on our roads. Will you?