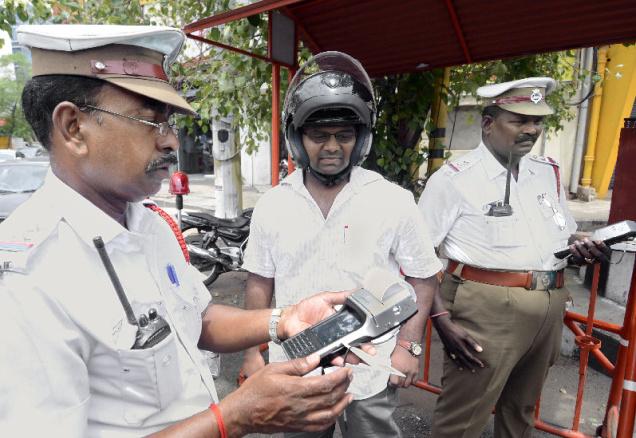 You would have to reconsider your payment options if caught for a traffic violation as the Maharashtra Transport Department will launch the “E-Challan system” soon.  The traditional mode of cash payment would soon make way for a credit or a debit card to pay for traffic violations. This move would decrease the chances of corruption while identifying repeat offenders at the same time.

The E-Challan system would come into place from 12th January according to Maharashtra Transport minister Diwakar Raote while it would fully operational in the span of the next six months. The traffic department will hand over a 1,000 E-Challan machines to the traffic officials which will also increase transparency in the department. If the offender does not have a credit or a debit card, one will have the option to pay the money through National Electronic Funds Transfer (NEFT) within 15 days of issuing the E-Challan. Sources said that for every day after 15 days that the payment is not made, a fine of Rs.10 would be levied. The offender will have to pay an additional Rs 9.5 as a sort of convenience charge for the E-Challan devices that have been rented from private companies. 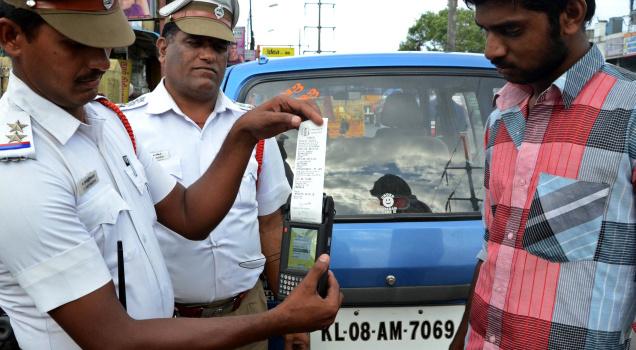 In the current mode of cash payment, the traffic constable has to submit the money to the cashier who later counts the money before depositing it in the bank. This process is not only lengthy and time consuming but also uses unnecessary manpower. The money and the man hours saved would be used by the department for other purposes. With the new system, the Transport Department is reportedly planning to tie up with the State Bank of India for the online payments. Such systems are already in place in some parts of southern India.