Czech automobile manufacturer Skoda Auto has been testing the Kodiaq SUV for a while now, the test mules of which were spotted on multiple occasions. A recent glance at the company’s official Indian website reveals the Kodiaq to be ‘En-route’ to India.

Skoda India has not made any official announcement regarding the launch date of the upcoming Kodiaq although reports suggest that the SUV will be launched later this year in September or October. Now, it is believed that dealerships have begun accepting bookings for the Kodiaq SUV. The booking amount is said to vary from INR 20,000 to INR 1 lakh depending on the dealership.

Sources at the dealership level have also revealed that the Skoda Kodiaq will be available in both petrol and diesel engines. The petrol unit is likely to be a 180 PS 2.0-litre four cylinder engine while the diesel unit could be a 190 PS 2.0-litre four cylinder engine. Power will be sent to all four wheels with the help of an All Wheel Drive system mated to a dual clutch automatic transmission. 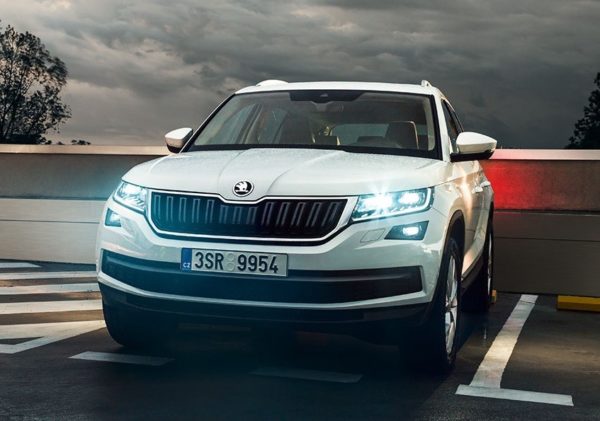