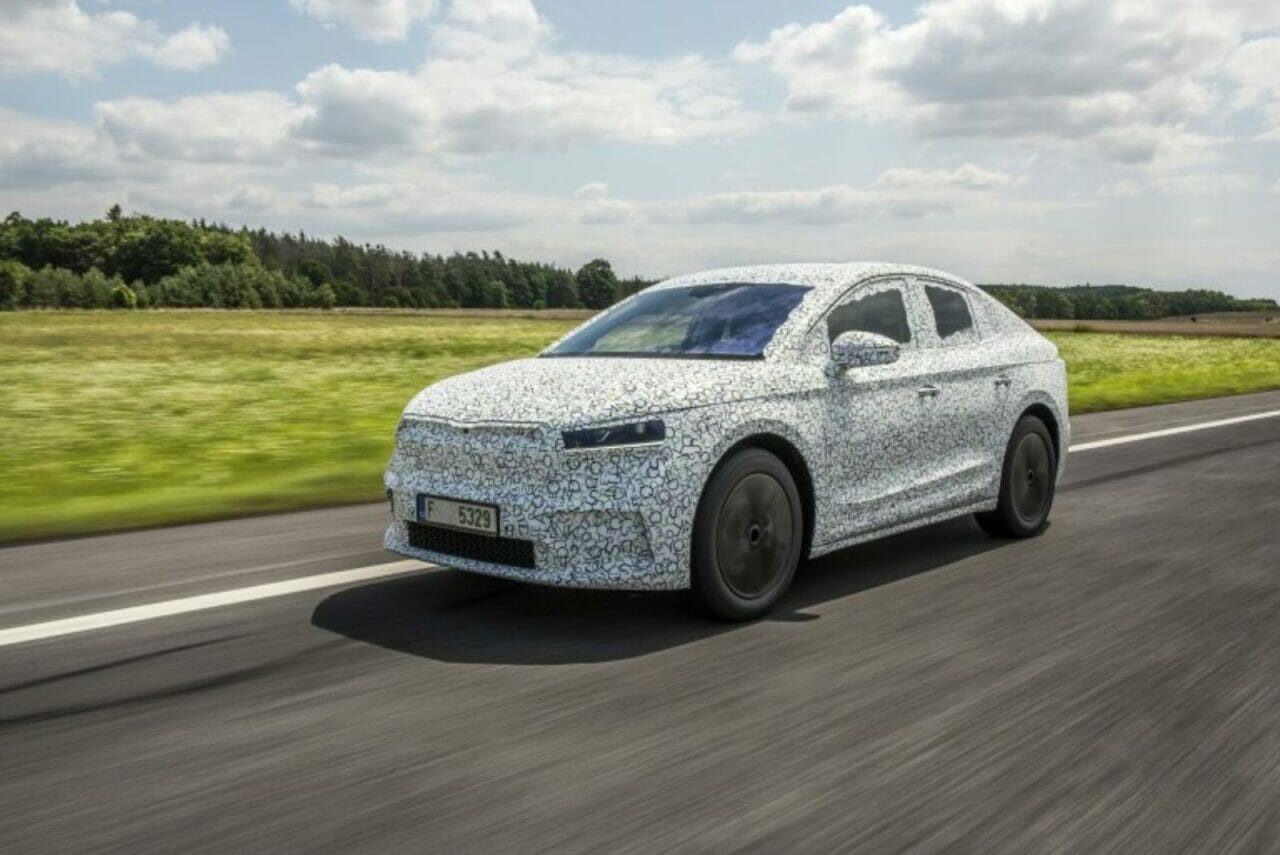 Skoda has a huge plan of launching electric vehicles without any delay/pause. They have made it their utmost goal to launch EVs in the coming future. Skoda has teased us with fine images of their upcoming electric mid-size coupe. Skoda’s first electric car which is the Enyaq iV is its coupe version. The company is preparing a sloped-roof Enyaq, and the company is officially teasing it for its early 2022 debut.

The teaser images are accompanied by a ton of info that Skoda also released about the model. It shares its underpinnings with VW Group’s MEB modular electric vehicle platform. The Enyaq Coupe iV will arrive with either a 62- or 82-kilowatt-hour battery. There will be three power variants – 132 kilowatts (177hp), 150 kW (201hp), and 195 kW (261 hp) – offered in rear-and all-wheel-drive configurations. Its trim names are Enyaq Coupe iV 60, iV 80  and iV 80x. 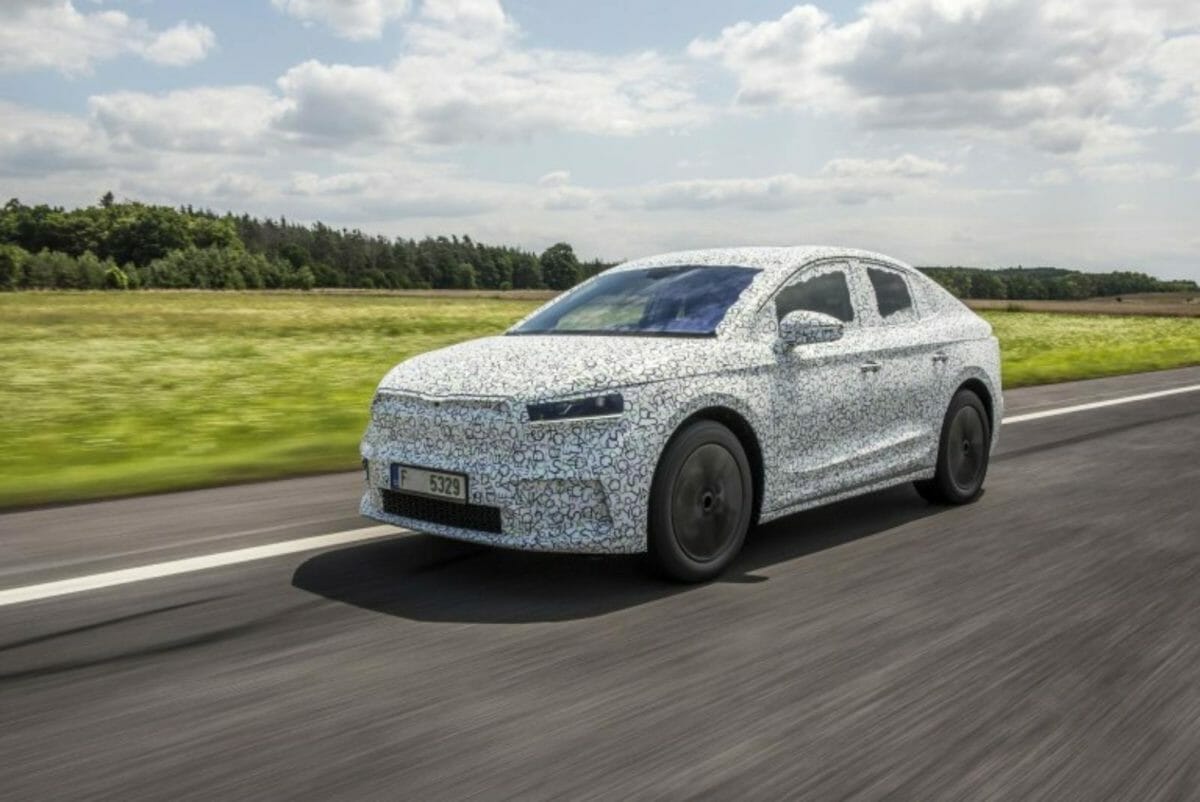 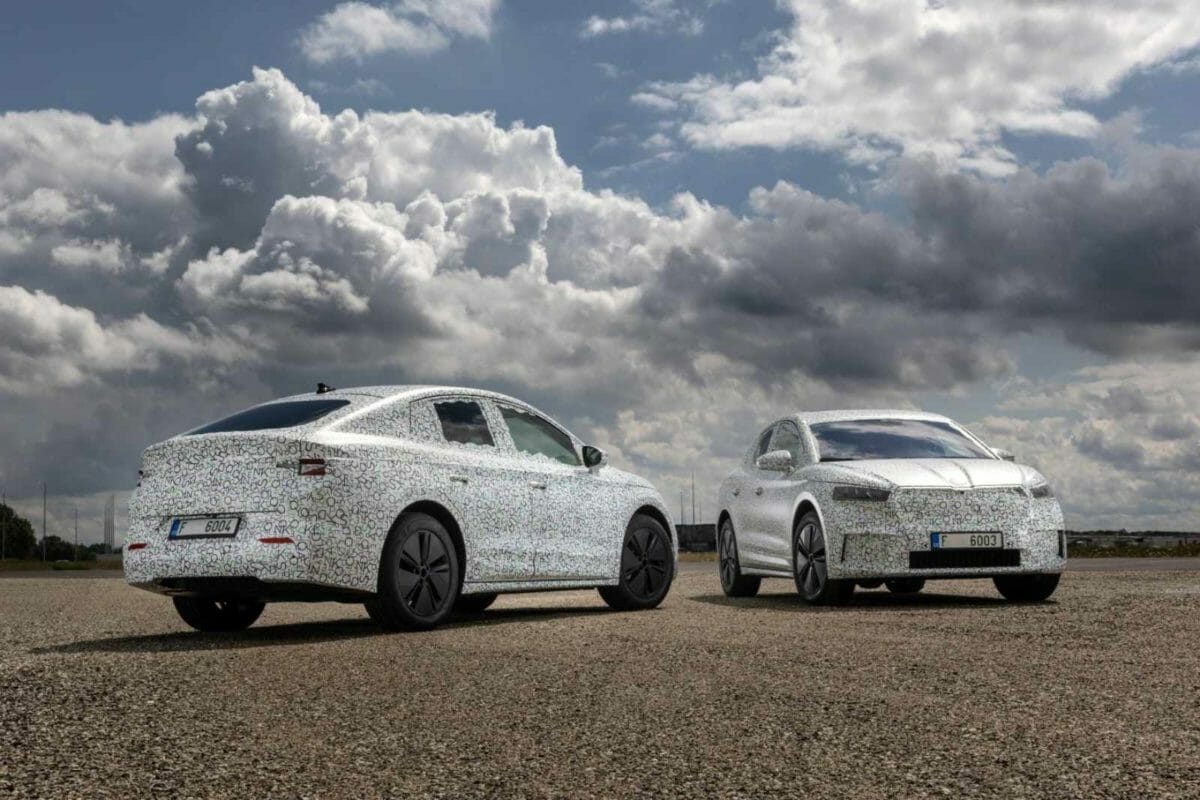 Skoda says the Enyaq Coupe iV will deliver over 535 km (332 miles) of range on the WLTP testing cycle. That is very much if compared to the EVs that are on sale in India. According to the company, the non-coupe Enyaq iV has passed roughly 70,000 orders. The Enyaq Coupe iV will debut in early 2022, giving people another EV from the brand. 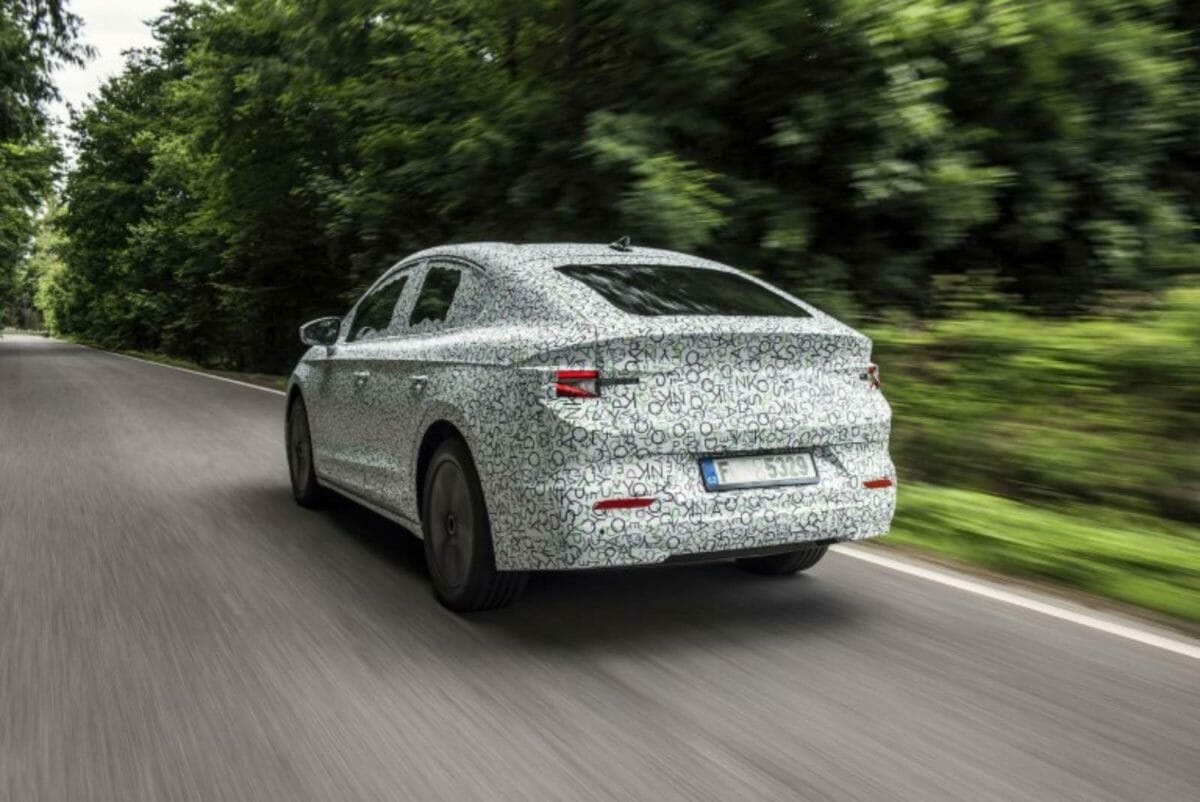