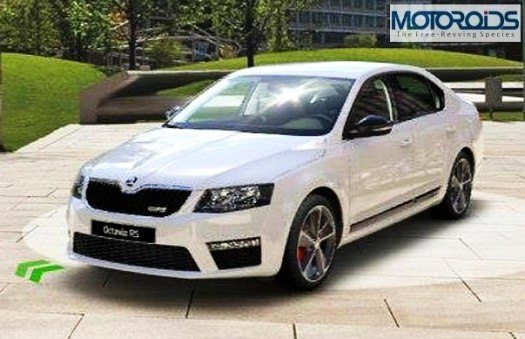 We are seeing a lot of activity at Skoda Auto these days. The VW Group owned Czech auto maker recently made news all around the world by taking the wraps off the all new 2013 Skoda Octavia that is slated to come to us towards the end of this year. We also saw numerous spy pics of the Superb facelift and Yeti LWB variant undergoing tests on Chinese roads.

Now, it has emerged that the car maker plans to come up with as many as 8 new models in 2013. The news comes straight from Skoda’s official Facebook page and can be definitely treated as an ‘official word.’

Regulars here would remember that we reported in detail when Skoda announced some time back that it intends to come up with as many as 6 new cars/variants in 2013 and the recent revelation on the Facebook page has made public the fact that Skoda has decided to increase the above no. by 2.

Coming up next could be the Skoda Superb facelift and the fourth car might be the Superb Combi facelift.

The fifth new Skoda model this year, in all probability, will be the Skoda Yeti facelift with the Long Wheelbase variant following in quick succession.

Lastly, we won’t be too surprised if Skoda Auto decides to conclude 2013 on a promising note by unveiling the all new Fabia hatchback.