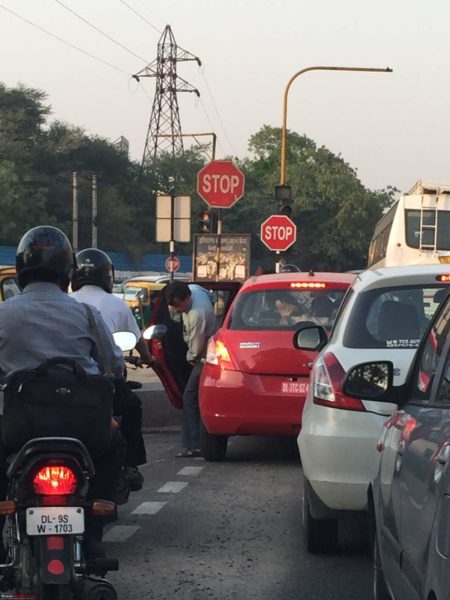 On his way back from work in Gurgaon, Team-BHP member Shivjeet noticed something fishy. A red Maruti Swift on temporary plates was being driven around quite rashly. Furthermore, it was also being abused as a cab, picking up and dropping passengers illegally. Although its a common practise for chauffeurs in India to acquire some chump change by giving people rides on the sly, this Swift was brand new, and not even registered, which meant it might not even have been delivered. 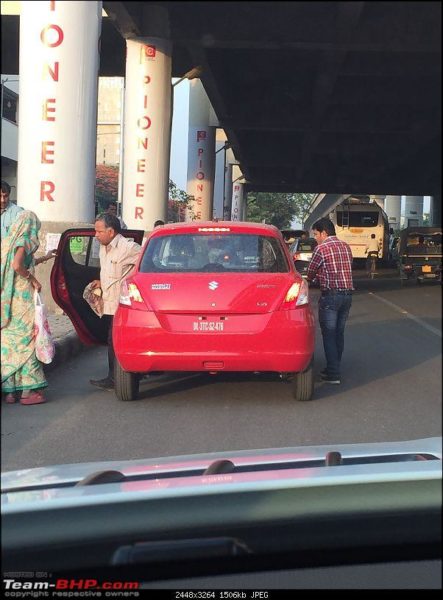 Hell bent on exposing the malpractice, a miffed Shivjeet started following the Swift and started clicking pictures to document the whole incident. Doors opened and shut, passengers paid the ‘fare’, got on and off. From IFFCO Chowk to Chattarpur, the driver picked up and dropped random people across Gurgaon, all for a bunch of change. When the Swift reached the Chattarpur traffic signal, the driver made sure everyone got off and drove into a Maruti Suzuki dealership parking lot, which happens to be Rohan Motors, Chattarpur. 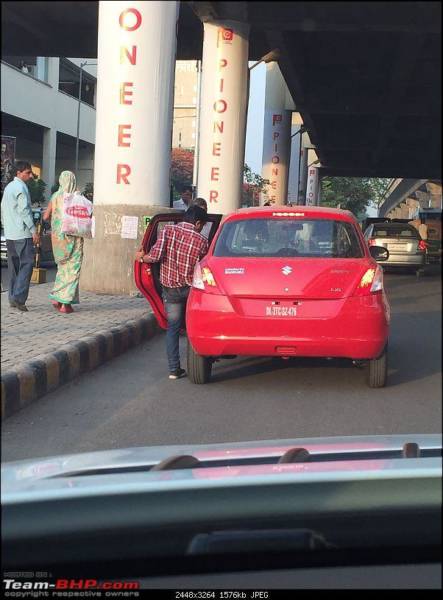 Still hot on his trail, Shivjeet went inside the dealership to inform the dealer about what was happening with their new cars and met a salesperson named Pradeep, who told him that the car was in transit from their storage facility to the dealership as it had to be delivered the next day! Our hearts go out to the unsuspecting customer. Furthermore, when probed about the whereabouts of the dealership manager, Shivjeet faced a cold shoulder. Annoyed, he walked away, and shared the whole incident online. 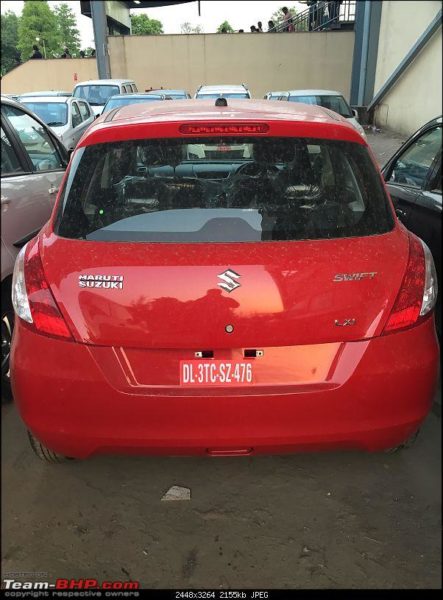 Though this isn’t something new, and is being practised as we speak, dealerships can at least attempt to put a leash on such rascals.