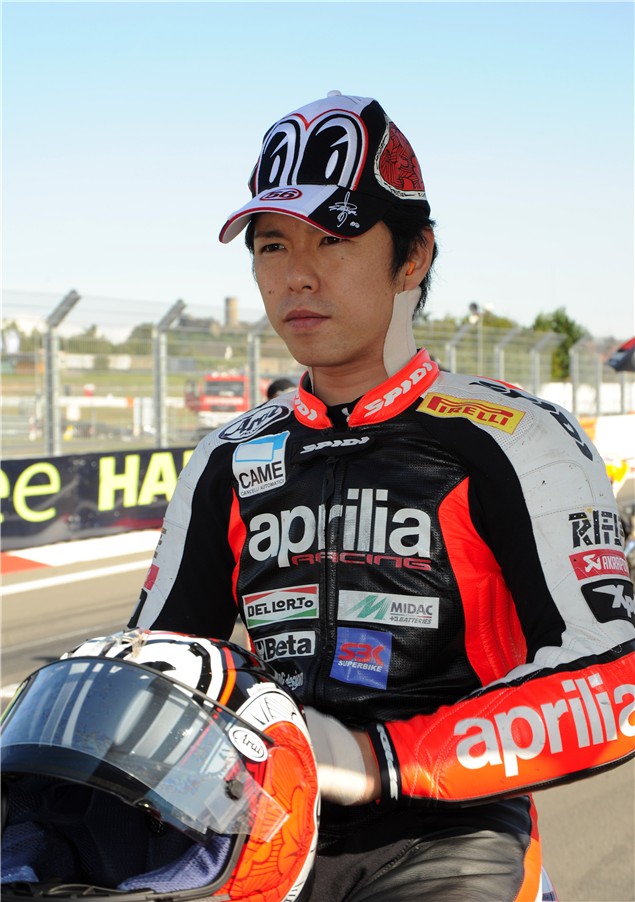 32 year old, Japanese rider, Shinya Nakano has announced his retirement from professional motorcycle racing. The former 250cc World Championship runner-up, Nakano, raced in the World Superbike Championship with Aprilia this year and has earlier raced in the GP’s in the 250cc, 500cc, 990cc and 800cc classes, with Yamaha, Honda and Kawasaki.

Nakano said, while announcing his retirement, “I’ve concentrated on treatment after breaking my collarbone during Round 3 in Spain and straining my neck in Round 11 in Germany. By missing a few races, I’ve been a burden to my team as well as to others involved. I feel that as a professional rider, it’s time to stop racing if I’m not in a perfect condition to do so. I’ve given this a lot of thought the past few weeks, and I’ve come to this decision through my own will.”

“Because of your support, I’ve been able to ride professionally for 13 years and participate in the world championships for 11 years, and I have had many precious experiences. From now on, if I can use such experiences to good use, I would like to keep contributing to the motorcycle world. I am looking forward to seeing you all in racing circuits in the near future, under different circumstances from now on,’ said Nakano, hinting at the fact that he might still be involved with the sport, perhaps as a development rider or in some other capacity.