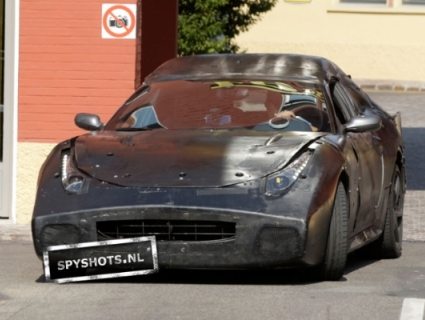 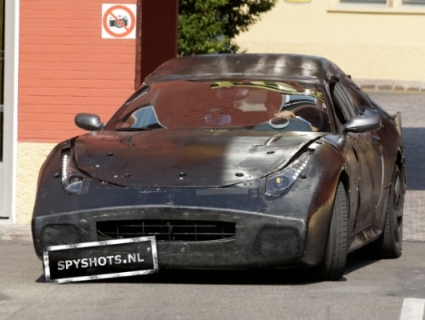 A few days back we told you about a scoop video that surfaced on YouTube, about a mysterious looking Ferrari test mule, doing the rounds near the Ferrari factory in Maranello. Well, the guy with the shaky video cam wasn’t the only one who got busy that day. Another bunch of spy photographers have got some close-ups but in spite of the images being loud and clear, they hardly reveal anything concrete.

The test mule is put together with a lot of parts from the Ferrari bin. Amongst these panels and body parts are a set of Ferrari 458 Italia headlights – which could either mean that the new GT from Ferrari has 458-inspired headlights, or that these headlights are bolted on to mislead the spy photographers/journos to believe that this is some sort of 458 Italia special edition. The mule was caught testing along with a black Ferrari California. The long nose, stubby yet high boot and the presence of a large rear bench in one of the photos definitely point towards a 612 Scaglietti replacement. But till the mule loses some cladding, this 2012 Ferrari still remains a mysterious bugger. 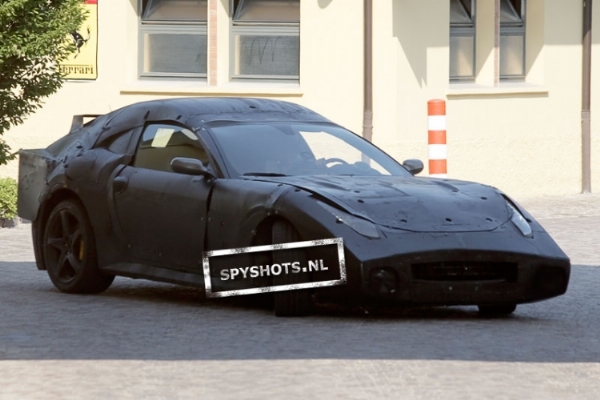 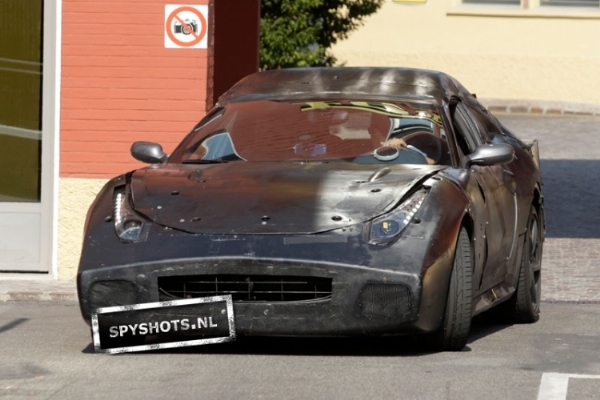 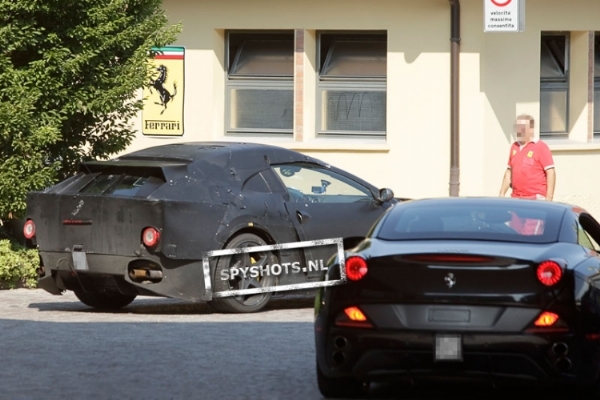 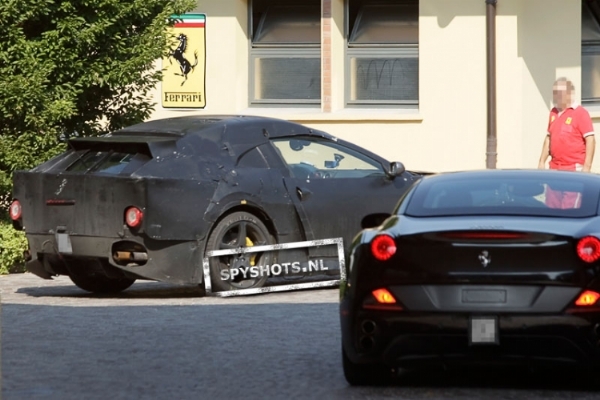