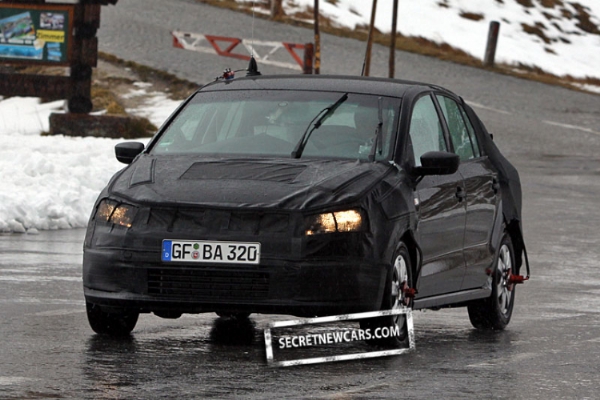 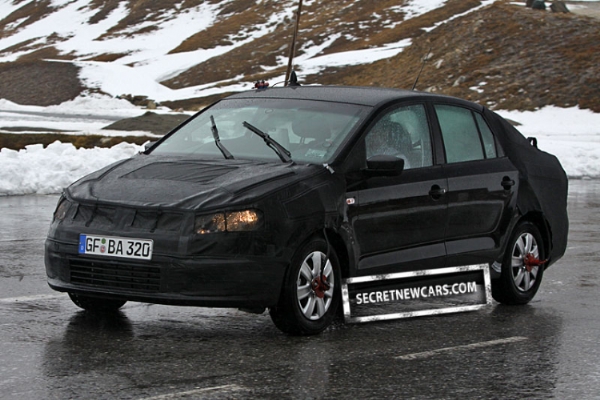 What you can see here are photos of the Polo Sedan on test in the Austrian Grossglockner. As the pictures suggest, the sedan version will sit on a slightly longer wheelbase than the Polo hatchback – unlike most other hatchback-spawned-sedans which we have seen in our country so far. A few weeks back, VW India’s member of the board of directors, Mr. Neeraj Garg had confirmed the arrival of a Polo-based sedan in the second quarter of 2010; the car that you see in the photos is the vehicle he was talking about. 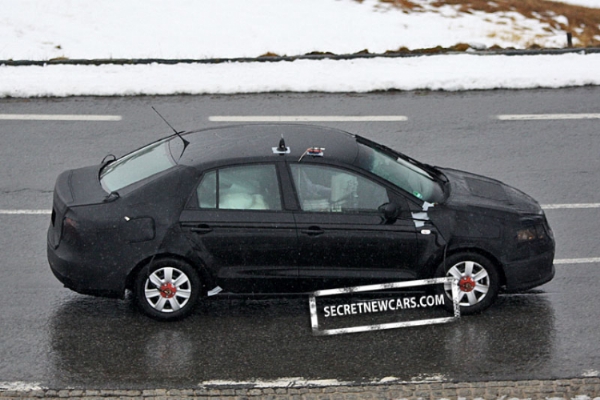 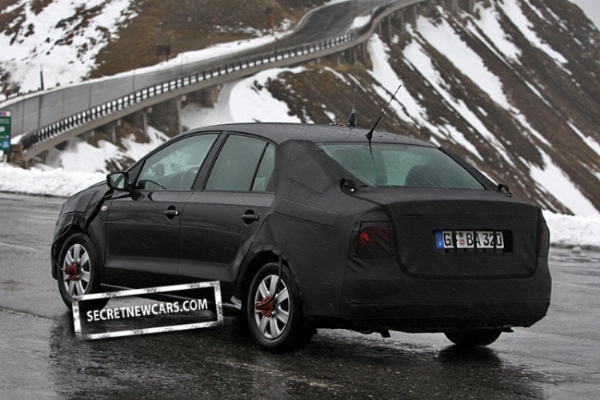 The Polo Sedan is undergoing its final testing for emissions and fuel efficiency in the harsh Austrian conditions. Once that is underway, the Polo Sedan test mules will start doing the rounds in India for the final tweaks for our driving conditions. The car will be unveiled alongside the Polo hatchback at 2010 Auto Expo – which will in fact be its world debut as well. The Polo sedan will be manufactured at the Chakan plant near Pune and will be exported to the South America as well. VW is also planning on launching the car in the U.S. by mid-2010. 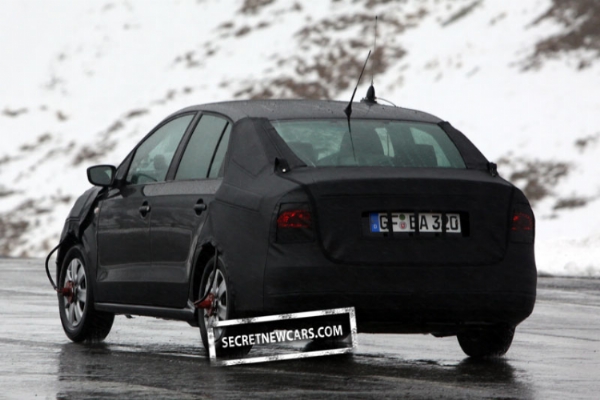 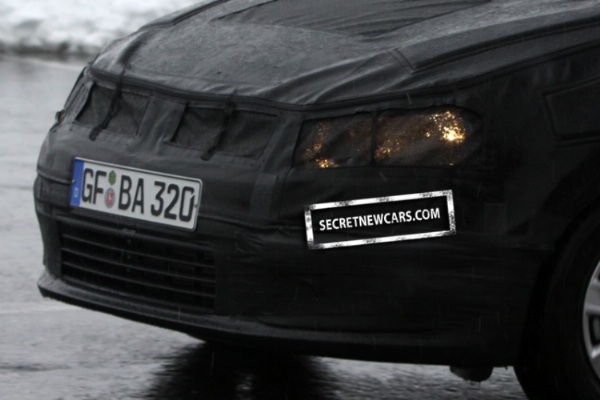 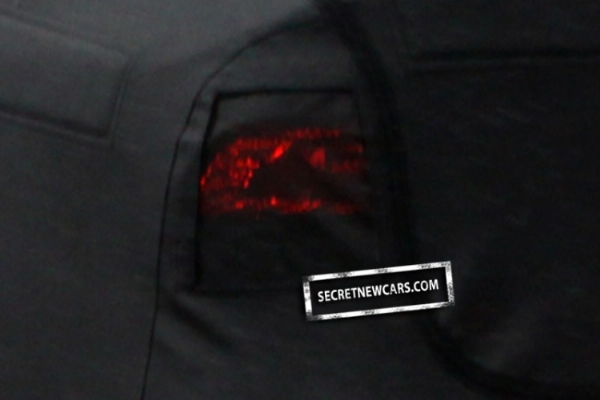 Artist impression of the Polo Sedan

For India, the entry level variants of the car will be powered by the same petrol and diesel engines that will find home in the Polo hatchback, which will pit the sedan against the likes of the Indigo Manza, Swift D’zire, Aveo and the Ikon. The top end versions will boast of bigger engines and better features to compete with the Linea, City, Fiesta and the SX4. The top of the line variants are also expected to come with dual-clutch automatic transmissions. With a wide array and engines and features to boast of, the Polo Sedan will be catering a wide price bracket of Rs. 5-lakh to 9-lakh.The car will most likely be named on the lines of various incarnations of ‘wind’ – viz. Hurricane, Breeze, Gale, Storm, Typhoon etc. Tell us what you think would be apt name for the Polo sedan, in the comments box below.