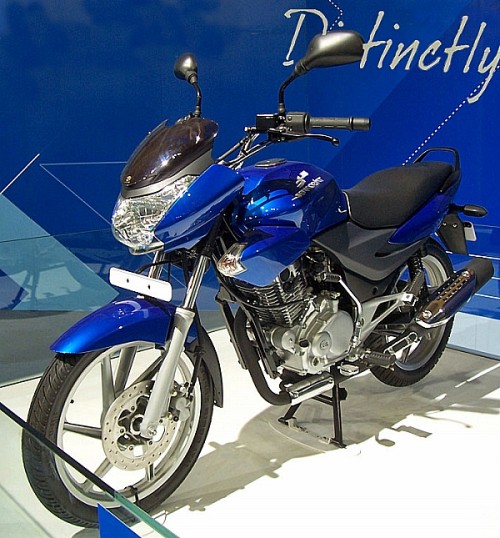 With Bajaj having launched the new Pulsar 150 which now symbolises the ‘performance tag’ of the Pulsar brand with its 15PS of power, the company is now sensing the need for a commuter offering in the 150cc segment. Hence, in order to ensure that it doesn’t lose out with respect to sales on the mileage conscious or commuter crowd who want a motorcycle that is powered by 150cc mill, the Chakan based manufacturer is now ready a new vehicle based on one of its 2008 Auto Expo concepts.

Bajaj Auto will be launching a 150cc commuter based motorcycle to attract the above mention type of buyers. As expected, our sources at the company have confirmed that this motorcycle will be tuned for fuel efficiency and sport commuter styling. We would also like to inform you that this new offering form the Bajaj stables will be sold under the Discover brand name. Yes! This motorcycle will be christened the ‘Discover 150’. It will be officially launched by the 1st week of June and is expected to retail for around Rs.50,000 (ex-showroom). However, it remains to be seen whether the mill will incorporate the DTS-i or the DTS-Si tech. We won’t be surprised if its an evolution of the 4-valve DTS-i mill that powers the Pulsar 135LS.

The CEO of Bajaj Auto (two wheelers) S.Sridhar has confirmed that a bigger engined Discover will be launched by the manufacturer. He refrained from disclosing or fielding questions regarding the engine’s cubic capacity. It remains to be seen whether the new Discover 150 creates a new niche segment for itself it the market or eats into the sales of the recently launched Pulsar 135LS.