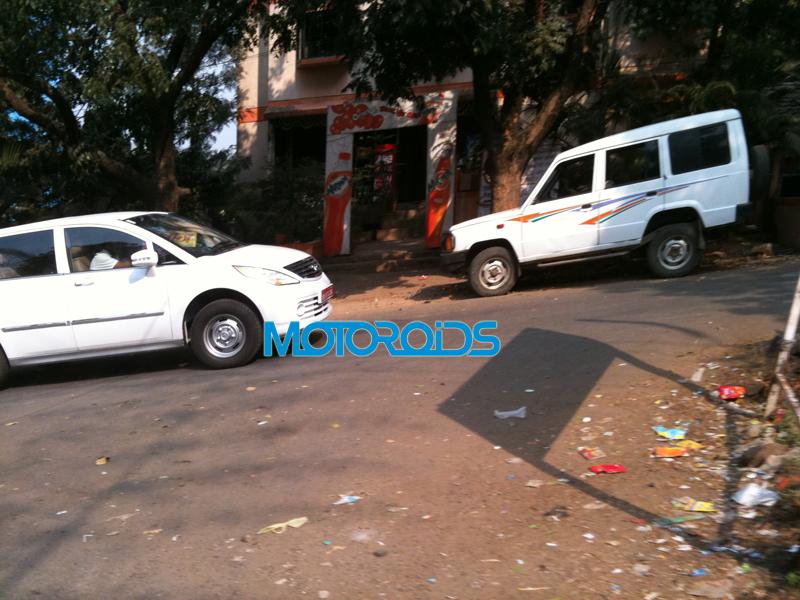 One of our regular readers sent us scoop shots of the Tata Aria doing its final testing rounds while being completely undisguised. Though we have already seen the MUV in flesh at the 2010 Auto Expo, we hadn’t seen the vehicle running on road in its final production form. As per our friend who caught the Aria on cam, the vehicle was extremely quiet even when doing speeds of 130 km/h! On a few bumps in the road surface on the Pune-Mumbai highway, the vehicle seemed to have quite a significant bounciness / body roll. Later the vehicle pulled over to a roadside hotel, where our reader further followed it. As per his observations, even at idling RPM, there is hardly any diesel clatter as compared to the similar engined Safari DICOR. 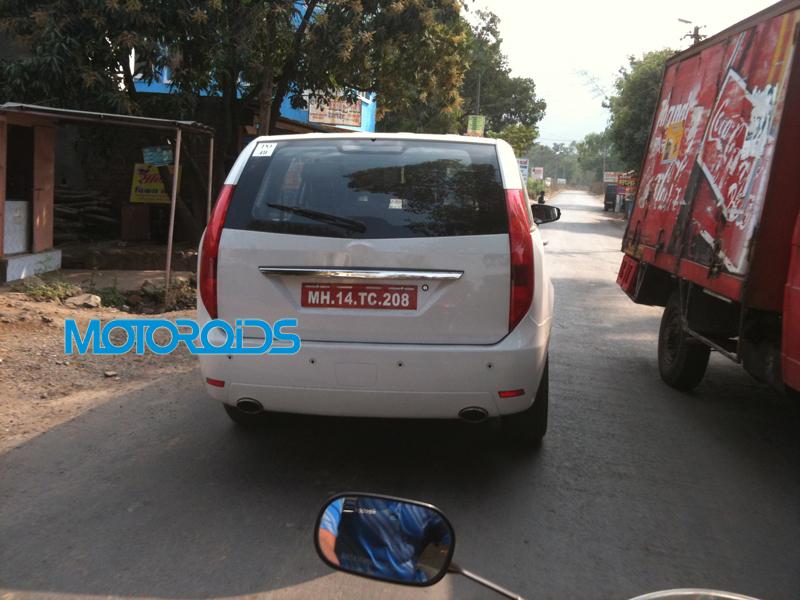 According to other sources closer to the development of the Aria, the vehicle is in its final component-testing phase before it goes on sale in March. We are expecting the Aria to be priced between the Xylo and the Innova with the top end model slightly crossing the Rs. 10-lakh mark. 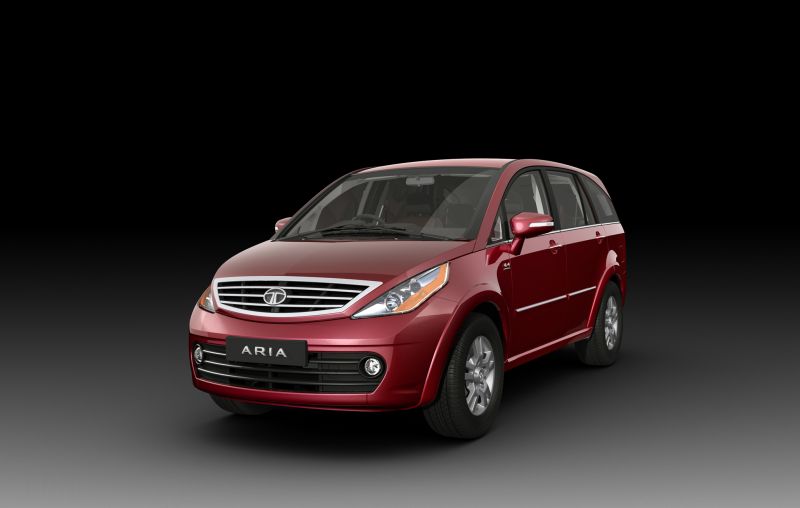 TATA Aria as shown at the 2010 Auto Expo