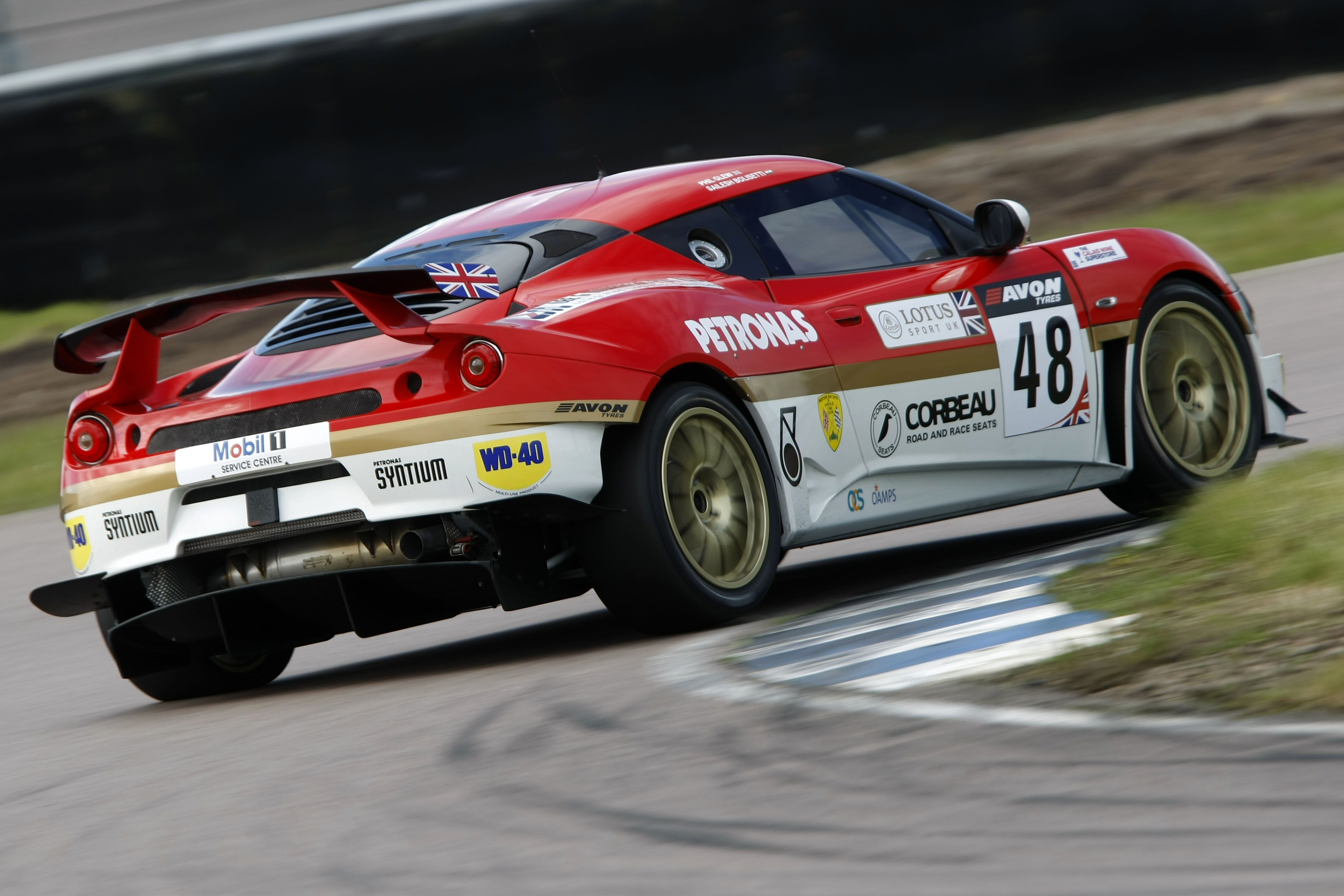 Indian driver Sailesh Bolisetti made his country proud by qualified second at the third round of the British GT Championship being held at Rockingham (Northamptonshire, UK).

Continuing their good work from his maiden victory at Nurburgring last month, Sailesh’s Team Lotus Sport UK squad looked all set to grab pole at the banked circuit but an untimely yellow flag put paid to their chances.

The foundation for this performance was laid earlier in the day during the two practice sessions, where the team faced some gremlins but worked tirelessly to eradicate the issues for qualifying.

“The first practice wasn’t too productive in terms of race work. We were having a tough time with the brakes and tyres which didn’t seem in very good shape”, said Sailesh.

But Sailesh’s teammate Phil Glew still managed to set the quickest time of the session, with Sailesh going second fastest.

Second practice was better as the duo had new tyres and brakes to work with. The team then decided to make some setup changes to cope with the unique demands of the banked circuit, but things didn’t go well to begin with.

“We went backwards with the setup to early on in the second session, the rear felt especially loose –in fact it was worse compared to the first session.”

However, both drivers were still able to post similar times as the first session and retained their 1-2 spots on the timesheets.

“We were quick yes but there were still a lot of issues that needed to be sorted. I got just six laps of running during the hour since Phil spent most of the time trying to zero in on a setup.”

Come qualifying, it was clear that the team’s hard work had paid off as feedback from both drivers seemed much more positive.

“The car felt much better than practice and I could push harder”, confirmed Sailesh.

“But unfortunately I had some problem with the radio and couldn’t communicate with the pits. There was a yellow flag at turn two as a car had gone off track so I just played it safe and lifted on a flying lap.

“I didn’t want to push it unnecessarily and ruin our efforts with a penalty”, he reckoned.

As a result the team had settle for second on the grid for tomorrow two-hour race.

“We knew we were quick enough for pole, so yes I am somewhat disappointed. But it’s a long race tomorrow, with pit stops for fuel and everything, so it’ll be race pace and pit work that will decide the result.

“Our race pace has been pretty good, and our pit crew has been getting the job done right from the first race, so I am looking forward to a good result”, he concluded.