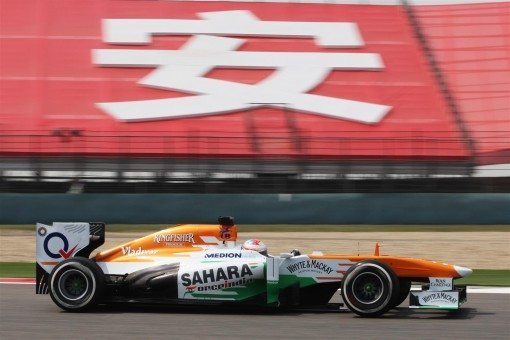 Paul: “I think P11 is a reasonable result considering the difficulties we had during final practice where our performance level dropped away. The changes we made ahead of qualifying improved things and in the end I just missed out on making Q3. I don’t think that will make much difference tomorrow because it’s going to be a race all about making the tyres last. The good news is that we’ve got a free choice on tyres for the start and our car has proved to be competitive over race distances, which means we can be optimistic of scoring points.”

Adrian: “It’s fair to say I was hoping for a better result, but for whatever reason the warmer conditions during qualifying did not work to our advantage. There was no major problem with the car and I felt happy with the balance, but I lost some performance during qualifying and didn’t have the grip to go any faster. The positive is that I’m able to choose my starting tyres tomorrow and I have all new sets available for the race, which should allow us to target some points in the race.”
Robert Fernley, Deputy Team Principal, “It has proved difficult to gauge our true performance level during the practice sessions, but we expected to be a bit more competitive this afternoon. Paul and his crew did an excellent job to solve the set-up issues that held them back in final practice and in qualifying he was on the cusp of making Q3. Adrian’s relative lack of performance compared to this morning is a little more mysterious so we need to investigate that in more detail. All considered we are in reasonable shape for the race, especially when you consider the role that tyre performance will play and the variations in strategy. We know our car is competitive over long runs and with lots of new tyres at our disposal there’s every chance to move up the field and claim some points.”