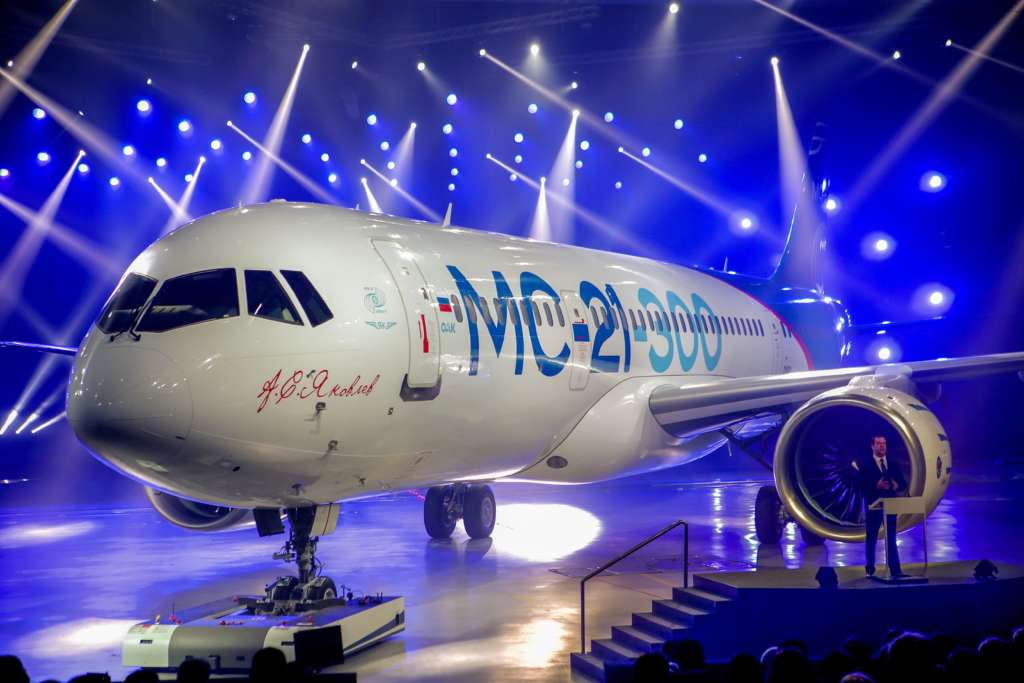 Irkut Corporation completed the official ceremony of rolling out the newest Russian MC-21 passenger aircraft. The MC-21-300 airliner made a public appearance at Irkutsk Aviation Plant for the first time and is designated for flight tests. This Russian bird is built to be in direct competition with the Airbus A320 and Boeing 737. The MC-21-300 is claimed to have used more progressive design solutions and more modern components than its competitors. 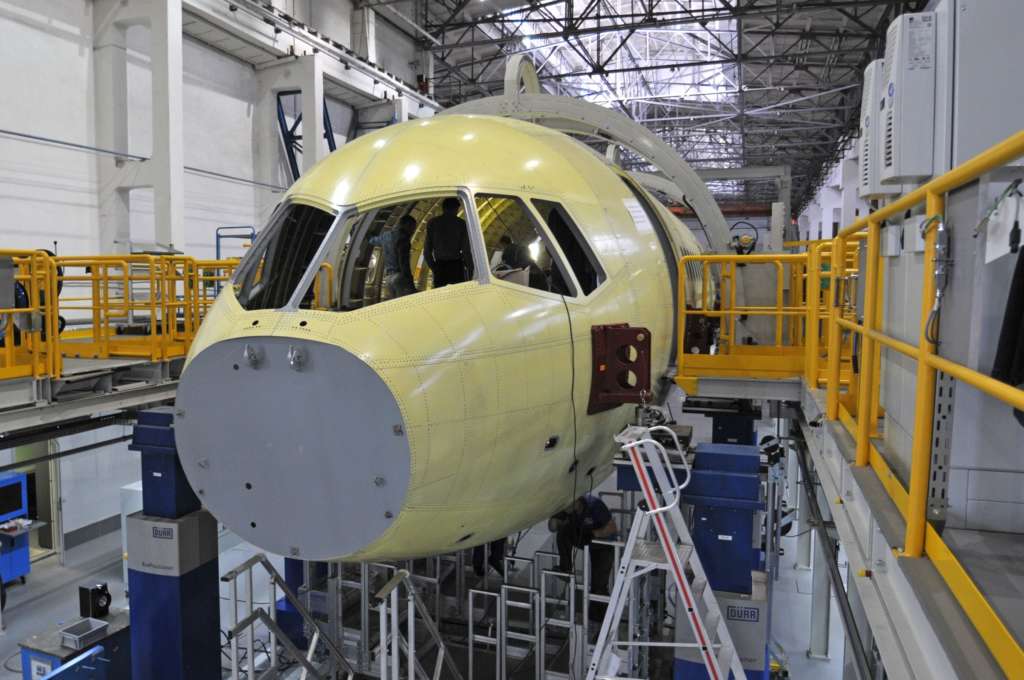 At the event, Prime Minister of the Russian Federation, Dmitry Medvedev, demonstrated the assembly line where the MC-21 aircrafts are currently built for flight and strength tests. He emphasised that Russia is able to create the products which both propel domestic aviation industry and compete with foreign aircraft. 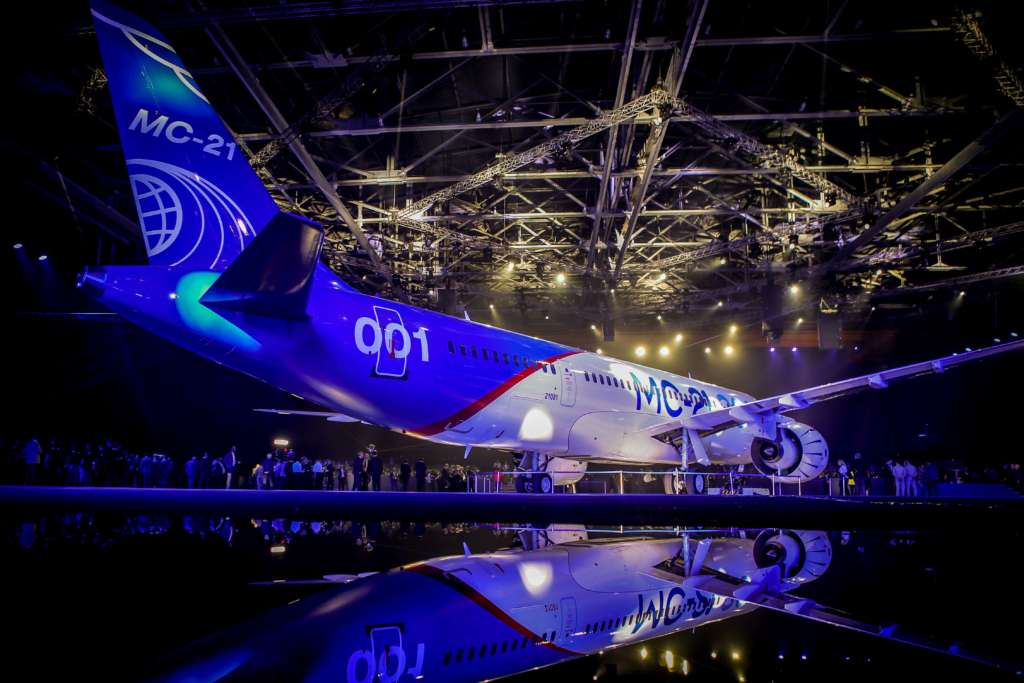 The MC-21 buyers can choose between two engine manufacturers offering the new-gen propulsion systems. The powering units are said to be built with advanced engine design that improves the fuel-burn, reduces the noise and emission levels, and minimizes the life cycle cost. The cockpit of the first MC-21 airliner equipped with the standard avionics set. Within the frame of МС-21 program, new capacities of developing and producing polymeric composite structures have been created in Russia. 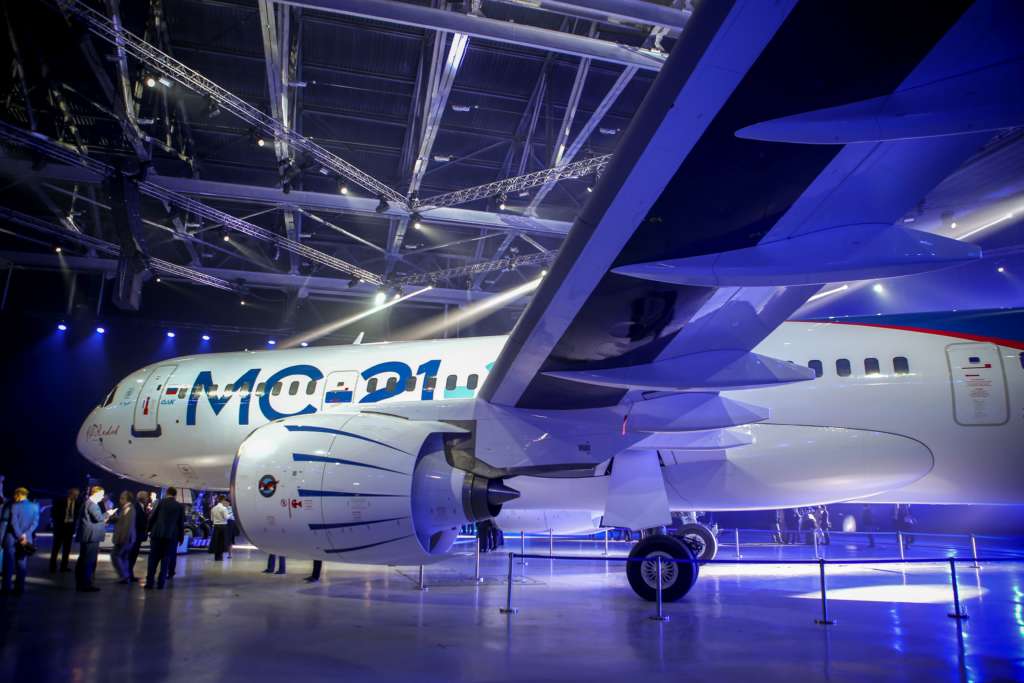 The materials used in the МС-21 air frame are claimed to be capable of ensuring the required aero-elasticity, strength, and service life, while providing minimum structural weight. The МС-21’s composite wing box manufacturing is based on the Vacuum Infusion Process. Application of this advanced technology offers an opportunity to build high-fineness ratio integrated structures, while reducing the weight. 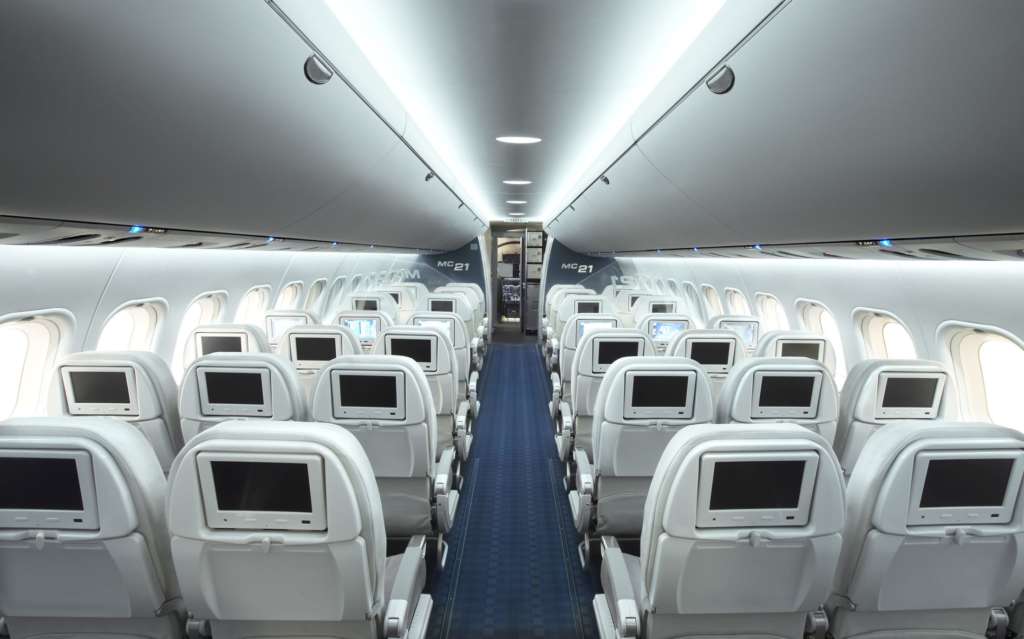 Some features claimed by the MC-21 makers are as follows- 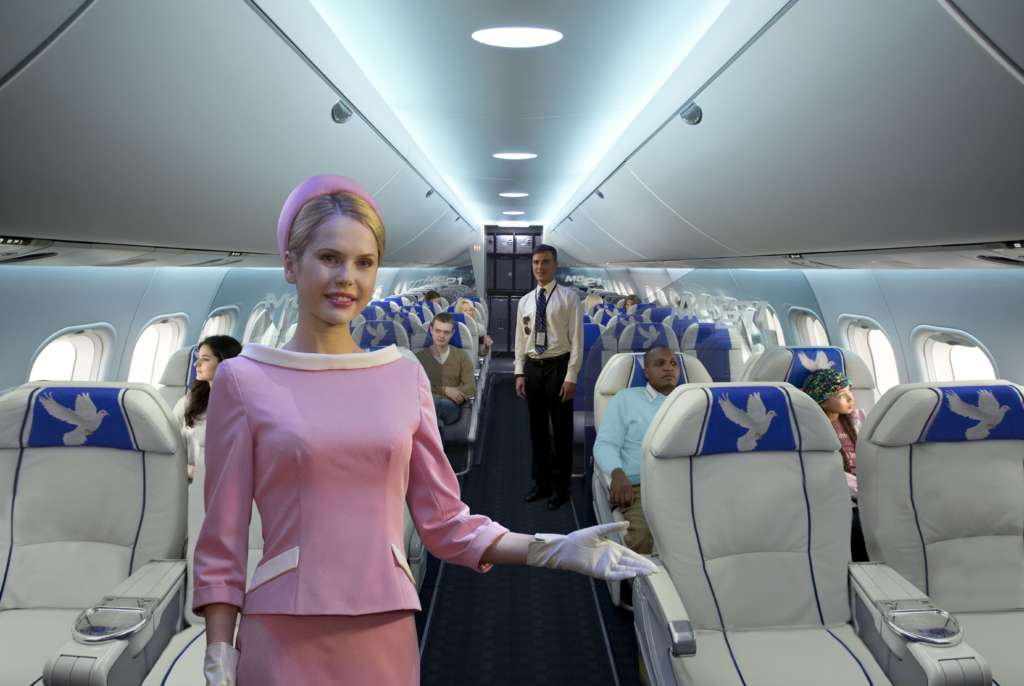 Speaking on the occasion, Yury Slyusar, the President of United Aircraft Corporation (UAC), emphasized that creation of MC-21 aircraft was the result of tremendous collaborative endeavour; it’s the first program, where the leading UAC enterprises (including Aviastar-SP and newly established AeroCompozit and UAC-Aggregation Center) operated under the unified plan. 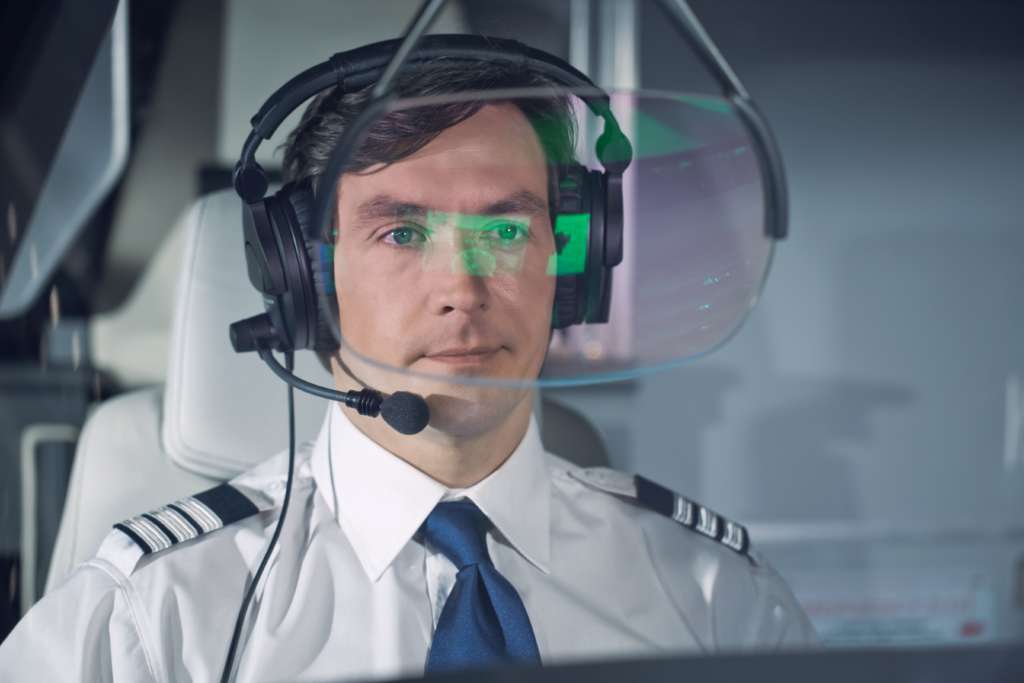 The President of Irkut Corporation, Oleg Demchenko stated that their company managed to get together the team of like-minded colleagues. All program members are the leaders of domestic and world aviation industries. The team works together and believes in MC-21 aircraft being the best in its class.