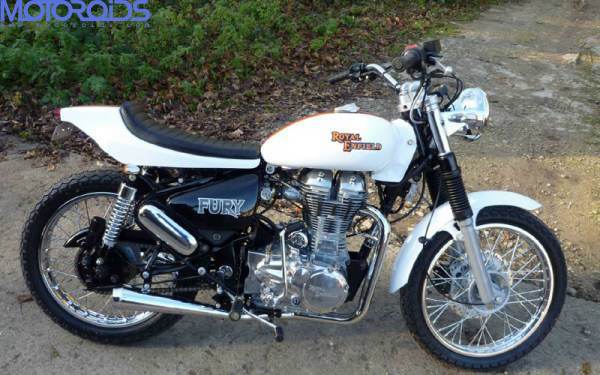 Royal Enfield have internationally released the pictures of their upcoming Fury model. The new model, meant only for the UK (and probably some other markets) is based on the fuel-injected Electra. The bike features twin exhausts, wide handlebars, digital instrument panel,  stylish new-design seat and a reworked rear panel. The bike also gets a chrome headlight and chrome plated blinkers.

The new bike, according to an official international RE press release is meant for the younger and more image-conscious audience. More details, including the price will be released around 27th November.